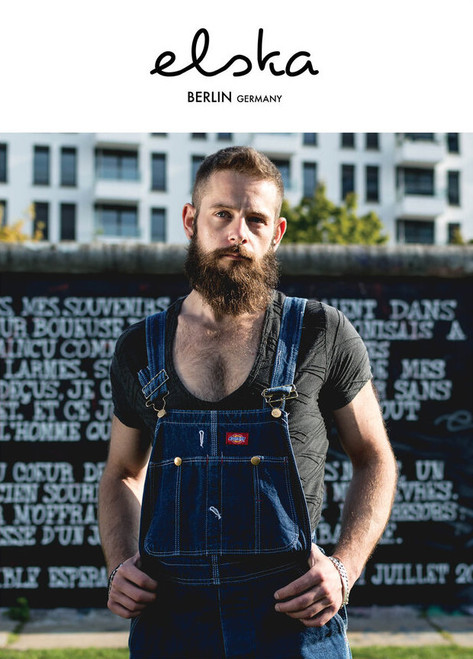 Elska is a bi-monthly magazine dedicated to photographs of real men with flaws unedited - along with their stories - delivering an intimate, cultural and eye-and-mind-opening experience.

Elska Berlin is our second issue, made in one of the world's gay meccas. It quickly too became one of our most popular issues ever, and after selling out some time ago (and receiving loads of requests to make more), we finally decided to reissue it. However, we didn't do a simple reprint. We decided to redo the issue completely, going into our Berlin archives and selecting each image and story from scratch. The result is over 50% previously unpublished images, making the new Elska Berlin attractive for old and new customers alike. We also chose to redo the print version in our new bigger and lovelier format, making it all the more attractive.

The issue is divided into twelve chapters, each dedicated to one particular man who the Elska team met on their trip to Berlin. Each chapter includes a dozen or so images, taken of the subject both in the city streets and at home, dressed in their own style or often nude. Each chapter also includes a personal story contributed by each guy, sort of like an intimate conversation or diary entry. The goal of the magazine is to act as a sort of virtual transport to the city, inviting readers to meet a selection of local guys, get to know them, and fall in love with them and the city.

The photography of ‘Elska Berlin’  includes work by Liam Campbell, Fedya Ili, Jonathan Lemieux, and Andriy Melnyk. The stories are written by the subjects themselves.