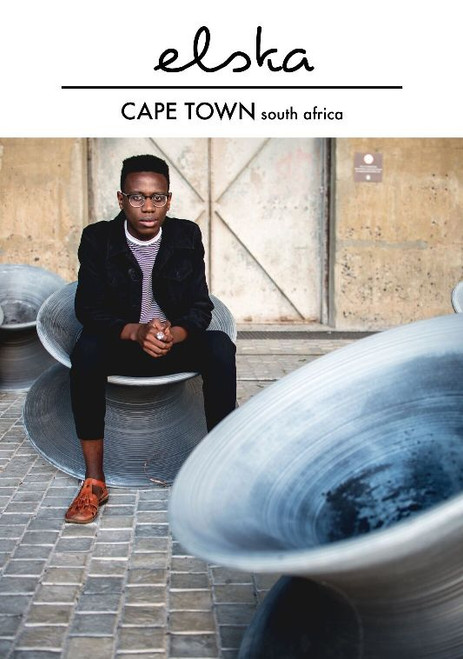 This Elska edition made in Cape Town, South Africa is the first time on the great African continent. It's a unique city in this part of the world for its diverse population - about 50% mixed-race (or 'coloured', in the local parlance) 30% black, and 20% white (all represented in this issue), and also unique for being a real beacon of gay life and freedom on a continent that's rife with official and unofficial homophobia.

“In the beginning I worried that I wouldn’t like South Africa, that everything would be tainted with racism”, says editor and chief photographer Liam Campbell, “but after fifteen Elska editions, I knew it was time we finally went to Africa. The reality proved that things are not perfect, reiterating that it really wasn’t that long ago that apartheid ended. However there is a strong mood of hope and an effort to make a society that is fair and righteous. While you can easily see inequity in the society, you can also sense that people care for each other and want South Africa to be a better place for everyone. More than any place Elska has visited, it’s here that I saw how much we are all different and all the same.”

The stories written by each of the men give some perspective into particularly South African issues. For example, there’s Fahad H’s story about the challenges of being in a mixed-race coupling; there’s Kai B’s piece lamenting the lack of queer spaces for black men in particular; and there’s Ashley S’s discussion of growing up feeling that his skin was too dark, his lips too full, and bum too shapely. Other stories here move beyond issues of race, like JP de C’s tale of finding true love at a gay sauna; Jannie B’s piece on discovering that he’s into much older men; and Terrence D’s confessional on being able to finally recognise sexual assault and not downplay it.

Fasten Your Seat Belts: The Passionate Life Of Bette Davis