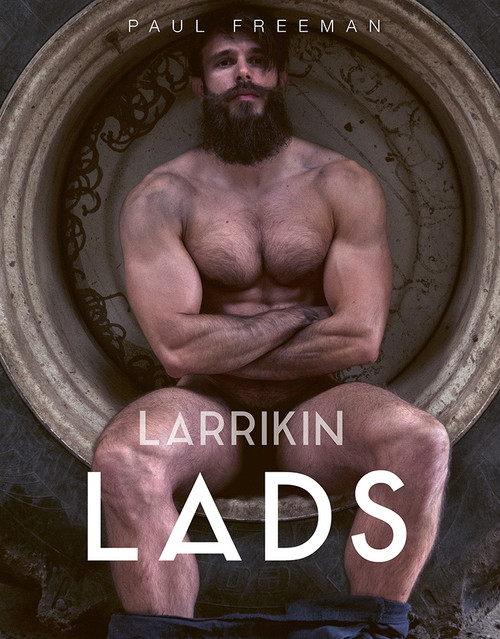 Meet the Larrikin Lads. Photographed mainly in England, this fourth volume in the Larrikin series is more from Paul Freeman about the working man. Here they are depicted toiling and cavorting in unwelcoming semi-rural, semi-industrial environments, used skilfully to emphasise visceral masculinity and stoicism, but also to accentuate vulnerabilities. And the happy perseverance of men amongst the dirt is, along with their unashamed nakedness, one of the signature Freeman eulogies to male beauty, strength and sensuality.

Freeman’s gift is to capture both the physicality and the spirit of a rugged yet sensitive male beauty in all its glory. Freeman’s first book of art nude portraits, Bondi Classic, was published to critical acclaim in 2003, and a best-selling series of Bondi-themed books followed. (Bondi is a beach suburb in Sydney.) His two Heroics books explored neo classic and post-Renaissance male ideals within contemporary contexts. He is probably best known for his five book Outback series, 2009-2015, romanticising and sensualising the Australian male of folklore. In the current Larrikin series, Freeman is taking this thematic conversation international.