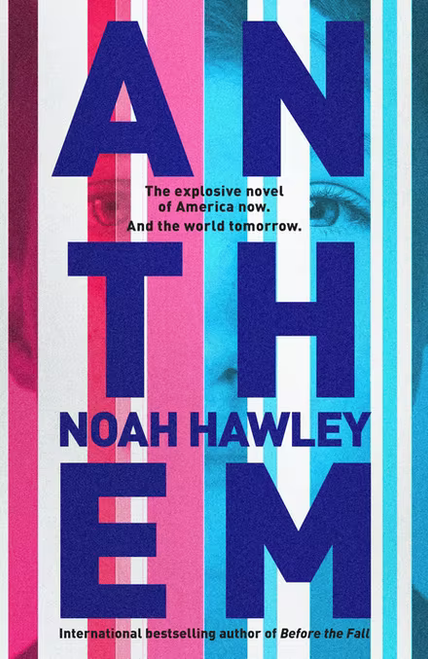 From the visionary bestselling author of Before the Fall and The Good Father, an epic literary thriller set where America is right now . . . and the world will be tomorrow.

America spins into chaos as the last remnants of political consensus break apart. Against a background of environmental disaster and opioid addiction, debate descends into violence and militias roam the streets - while teenagers across the world seem driven to self-destruction, communicating by memes only they can understand.

Yet the markets still tick up and the super-rich, like Ty Oliver, fly above the flames in private jets.

After the death of his daughter, Ty dispatches his son Simon to an Anxiety Abatement Center. There he encounters another boy called the Prophet. And the Prophet wants him to join a quest.

Before long, Simon is on the road with a crew of new comrades on a rescue mission as urgent as it is enigmatic. Suddenly heroes of their own story, they are crossing the country in search of a young woman held in a billionaire's retreat - and, just possibly, the only hope of escape from the apocalypse bequeathed to them by their parents' generation.

Noah Hawley's epic literary thriller, full of unforgettably vivid characters, finds unquenchable lights in the darkest corners. Uncannily topical and yet as timeless as a Grimm's fairy tale, this is a novel of excoriating power, raw emotion and narrative verve, confirming Hawley as one of the most essential writers of our time.