Beyond the Best Dressed: A Cultural History of the Most Glamorous, Radical, and Scandalous Oscar Fashion 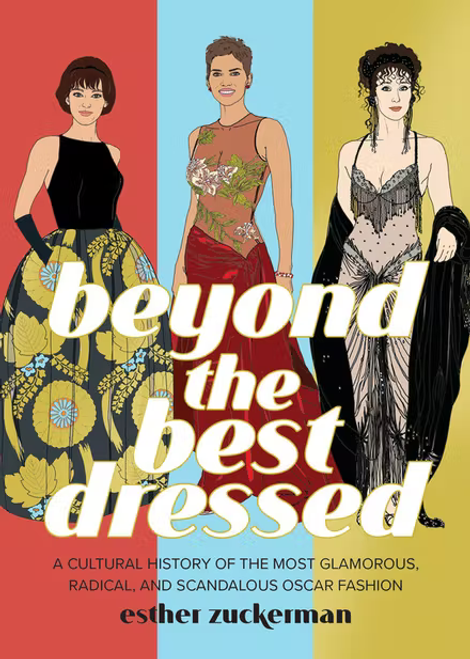 The ultimate red carpet companion, Beyond the Best Dressed is an illustrated, personality-filled romp through more than 90 years of Oscar fashion, from the elegant to the absurd.

From the show-stoppingly elegant (Halle Berry winning the award for Monster's Ball in a breathtaking Elie Saab) to the decidedly kooky (Adam Rippon in a formal harness), the Academy Awards Telecast is one of the few nights of the year devoted entirely to glamor (in all its forms). Even in the age of streaming, millions upon millions of people sit down at the same time, turn on their televisions, and watch celebrities strut down the red carpet (and, sure, win some awards). Now fans can relive the glamor, drama, and lasting legacy of some of the most influential outfits from more than ninety years of the Oscar in Beyond the Best Dressed: A Cultural History of the Most Glamorous, Radical, and Scandalous Oscar Fashion. In twenty-five essays, culture writer Esther Zuckerman romps through the iconic fashion choices that made history on the most elegant stage of all, and analyzes the cultural impact of wardrobe decisions both absurd and wonderful. Beginning with Hattie McDaniel's historic and trendsetting turquoise gown in 1940 (worn at a table segregated from her white agent), Zuckerman goes beyond the "best of" lists to shine a deserved spotlight on the truly unforgettable outfits-and deciphers what those outfits represented.

Beyond the Best Dressed is a first-of-its-kind commemoration of Oscar fashion that perfectly captures the glitz and the glamor for anyone who has ever been to an Oscar watch party (or texted their friends while they watched alone). Fully illustrated with whimsical interpretations of the outfits-including Michelle Williams' golden Versace, Sharon Stone's iconic Gap t-shirt, and Rita Moreno's groundbreaking dress worn in both 1962 and 2018-this book is a joyful and vivid odyssey that doesn't stop at the hem of the dress, delving deeper into the cultural effect of these fashion flash points with research and original reporting.

When Marilyn Met the Queen: Marilyn Monroe's Life in England

Finding Me: A Memoir

Five Love Affairs and a Friendship: The Paris Life of Nancy Cunard, Icon of the Jazz Age

Deaf Utopia: A Memoir—and a Love Letter to a Way of Life