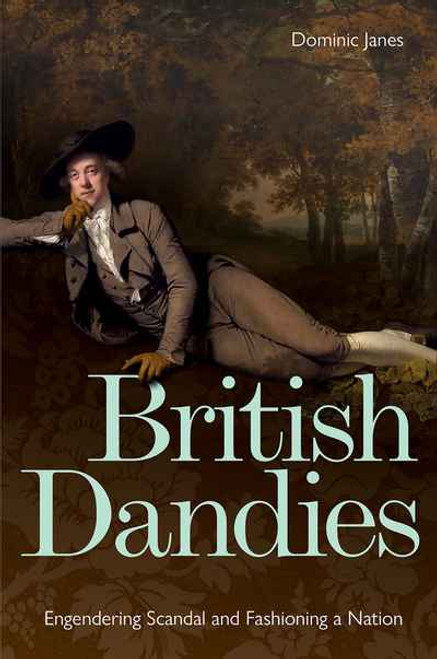 Dressy men as a type of celebrity have played a distinctive part in the cultural — and even in the political — life of Britain over several centuries. But unlike the twenty-first-century hipster, the dandies of the British past provoked intense degrees of fascination and horror in their homeland and played an important role in British society from the seventeenth to the twentieth century.

This book — illustrated with contemporary prints, portraits and caricatures — explores that social and cultural history through a focus on the macaroni, the dandy and the aesthete. The first was noted for his flamboyance, the second for his austere perfectionism and the third for his sexual perversity. All were highly controversial in their time, pioneering new ways of displaying and performing gender, as demonstrated by the impact of key figures such as Lord Hervey, George ‘Beau’ Brummell and Oscar Wilde.

This groundbreaking study tells the scandalous story of fashionable men and their clothes as a reflection of changing attitudes not only to style but also to gender and sexuality.

'In Janes’ fascinating book he takes us on a journey through the evolution of male peacockery in all its guises. Full of exquisitely researched detail it illustrates with great charm the inextricable links between clothing, personality and status, and reveals a world of public obsession with celebrity and image that long predates the modern age of the influencer.' — Patrick Grant

The Mind in Exile: Thomas Mann in Princeton

The Picture of Dorian Gray

The Dangerous Kingdom of Love