James Whale: A New World of Gods and Monsters 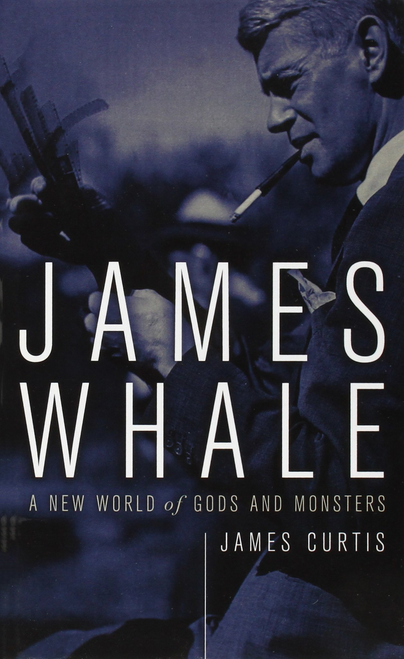 James Whale directed some of the most stylish movies of the 1930s, but he was most successful in a genre he virtually invented. Most famously in Frankenstein, but also in The Invisible Man and The Bride of Frankenstein, Whale created a new type of horror film—sophisticated, tragic, and morbidly humorous.

Whale made grim war dramas, light comedy, adventure, mystery, and even a movie version of the musical Show Boat. However, his career faltered and, being openly gay, he found work increasingly hard to get. He quit his film work just ten years after the triumph of Frankenstein, and died as a result of suicide.

James Curtis has written the definitive life of James Whale, taking him from poverty in rural England to the squalor of a German prison camp, to the excitement of London’s West End, and ultimately to Hollywood, where he profoundly influenced several generations of filmmakers.

'Curtis’s unorthodox decision to have a second go at his subject has yielded commendable results. A smartly written and exhaustive biography that is neither overly reverent nor trivially prurient, Curtis’s New World is packed with insight into the process that created a series of seminal monster films.'—Film Quarterly

'James Curtis has attempted, and largely succeeded, in presenting Whale to us with the myths and latter-day gay obeisance stripped away. James Whale: A New World of Gods and Monsters is a fascinating and exhaustive study of Hollywood’s most unique movie (and monster) maker.'—William J. Mann, Lambda Book Report

Under Bright Lights: Gay Manila and the Global Scene

The Back Passage (Mitch Mitchell Mystery #1)

Living and Loving in the Age of AIDS