Leave Me Alone: A Memoir of Me, Myself and Trish 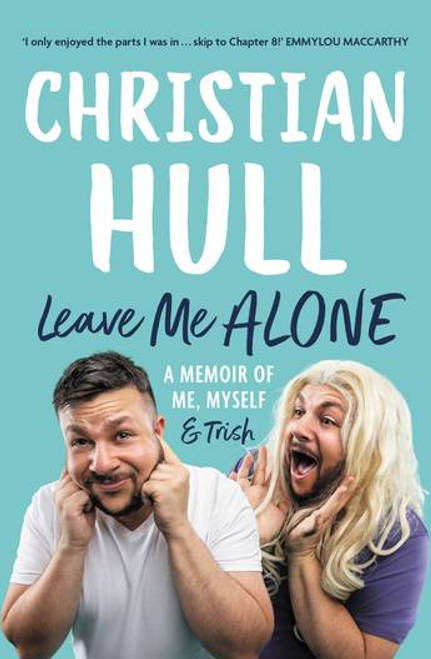 Christian Hull is a hardcore introvert. He loves being a little bit famous for his videos, but at the end of the day he's a lone wolf - one who's more interested in Caramilk on the couch than cocktails in the club. He's a strong believer in Netflix and chilling at home, alone; he's always the first to smokebomb social events, and he is in a committed relationship with his indoor plants.

Christian tells his behind-the-scenes story with his signature, completely unapologetic honesty, from growing up with triplet brothers to building a career in comedy; from his fear of moths to some of his more daring Grindr sexcapades. He invites you into his personal creative universe, where wearing a wig to make random videos and screaming swearwordsat resin pendants somehow turn out to be great decisions.

Leave Me Alone is a story of breaking the mould and embracing exactly who you are, even if that means telling people to leave you the f**k alone.
Author: Christian Hull
Paperback Published March 2021 256 pages

'I only enjoyed the parts I was in . . . skip to Chapter 8!' -EMMYLOU MACCARTHY
'I loved it! You'll binge read it! It's un-put-down-able! Seriously funny.' -TANYA HENNESSY
×

The Beauty of Living Twice