States of Liberation: Gay Men between Dictatorship and Democracy in Cold War Germany 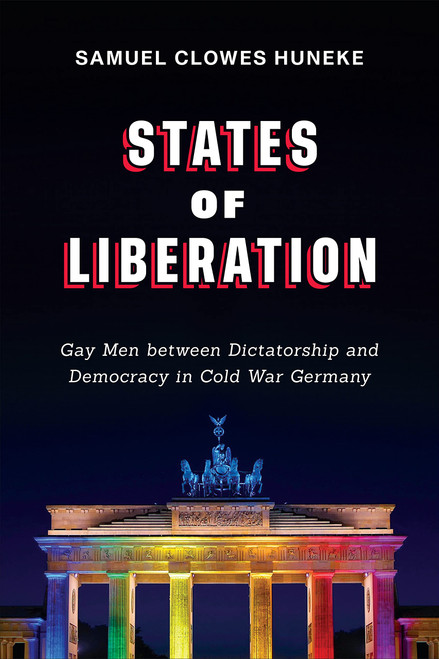 States of Liberation examines gay persecution and liberation in both East and West Germany during the Cold War.

States of Liberation traces the paths of gay men in East and West Germany from the violent aftermath of the Second World War to the thundering nightclubs of present-day Berlin. Following a captivating cast of characters, from gay spies and Nazi scientists to queer politicians and secret police bureaucrats, States of Liberationtells the remarkable story of how the two German states persecuted gay men — and how those men slowly, over the course of decades, won new rights and created new opportunities for themselves in the heart of Cold War Europe. Relying on untapped archives in Germany and the United States as well as oral histories with witnesses and survivors, Huneke reveals that communist East Germany was in many ways far more progressive on queer issues than democratic West Germany.

"Samuel Clowes Huneke brilliantly excavates the half-forgotten story of gay activism on both sides of the Iron Curtain, with startling results for those who assume only capitalist democracy can cradle our futures." - Dan Healey, Professor of Modern Russian History, University of Oxford

The Mind in Exile: Thomas Mann in Princeton

What W. H. Auden Can Do for You

The Picture of Dorian Gray

The Hill of Devi: An Englishman serving at the Court of a Maharaja

Side Affects: On Being Trans and Feeling Bad

After Eunuchs: Science, Medicine, and the Transformation of Sex in Modern China