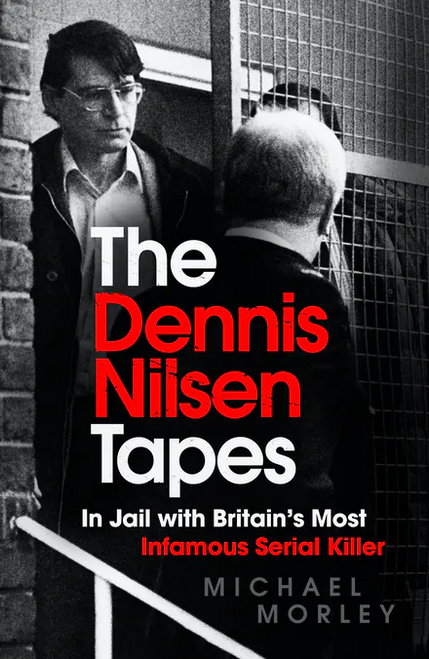 Only one TV interview with a serial killer has ever been recorded in a British jail and broadcast. This is the exclusive story of that dramatic event, carried out by award-winning documentary maker Mike Morley with Dennis Nilsen, then the country's most prolific murderer.

In what became front page news, Morley overcame two eleventh hour government attempts (in the High Court and Court of Appeal) to stop ITV in the UK screening any extracts of the Nilsen interview. Controversially, the court ruled no more than 4 minutes of a four-hour interrogation should ever be shown.

The Dennis Nilsen Tapes: In Jail with Britain's Most Infamous Serial Killer covers those full four hours, plus two days spent face to face with Nilsen in Albany Prison and two years of graphic correspondence and confessions from the infamous Scottish serial killer.

With fresh insight from world famous psychological profilers and a leading pathologist, Morley completes almost three decades of investigation into what turned the former chef, policeman and civil servant into one of the world's most notorious murderers and necrophiles.

Punch Me Up to the Gods

The Passion of Bright Young Things - signed by the author

Quertext: An Anthology of Queer Voices from German-Speaking Europe