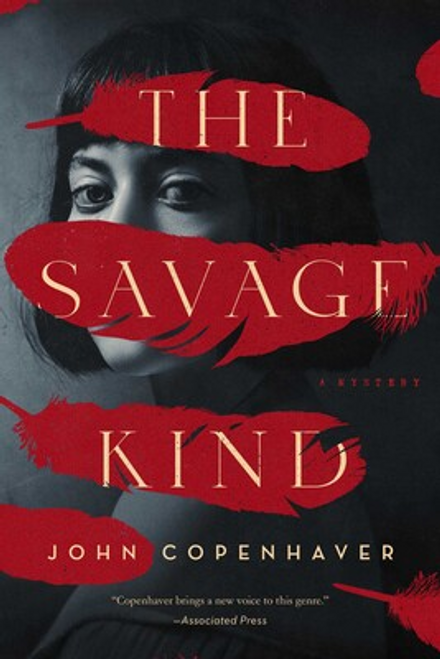 Two lonely teenage girls in 1940s Washington, DC, discover they have a penchant for solving crimes—and an even greater desire to commit them—in the new mystery novel by Macavity Award-winning novelist John Copenhaver.

Philippa Watson, a good-natured yet troubled seventeen-year-old, has just moved to Washington, DC. She’s lonely until she meets Judy Peabody, a brilliant and tempestuous classmate. The girls become unlikely friends and fashion themselves as intellectuals, drawing the notice of Christine Martins, their dazzling English teacher, who enthralls them with her passion for literature and her love of noirish detective fiction.

When Philippa returns a novel Miss Martins has lent her, she interrupts a man grappling with her in the shadows. Frightened, Philippa flees, unsure who the man is or what she’s seen. Days later, her teacher returns to school altered: a dark shell of herself. On the heels of her teacher’s transformation, a classmate is found dead in the Anacostia River—murdered—the body stripped and defiled with a mysterious inscription.

As the girls follow the clues and wrestle with newfound feelings toward each other, they suspect that the killer is closer to their circle than they imagined—and that the greatest threat they face may not be lurking in the halls at school, or in the city streets, but creeping out from a murderous impulse of their own.

"Fans like me of John Copenhaver’s debut novel Dodging and Burning will be thrilled with The Savage Kind which, like its predecessor, wraps a page-turning story in elegant prose. Once again, in Judy and Philippa, he has created compelling and morally complex characters who are both appealing and appalling. The Savage Kind is an exciting and riveting tale told by one of crime fiction’s emerging talents."– Michael Nava, author of the Henry Rios mysteries

"Clever girls with dark leanings... powerful DC families hiding dangerous secrets... The Savage Kind is a new take on femme fatales in a dazzling 1940s noir wrapper. Copenhaver will have you guessing till the very last page."– Alma Katsu, author of Red Widow and The Deep

The Art of Bob Mackie

The Library: A Fragile History

Read This to Get Smarter

My West Side Story: A Memoir

Hell of a Book