A Kick in the Belly: Women, Slavery and Resistance 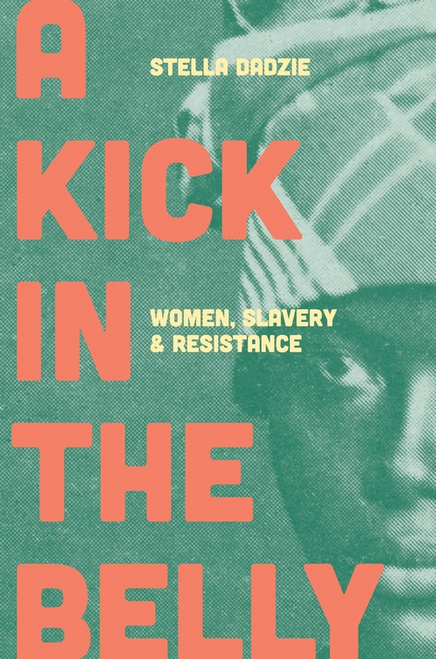 Enslaved West Indian women had few opportunities to record their stories for posterity. Yet from their dusty footprints and the umpteen small clues they left for us to unravel, there's no question that they earned their place in history. Pick any Caribbean island and you'll find race, skin colour and rank interacting with gender in a unique and often volatile way.

In A Kick in the Belly, Stella Dadzie follows the evidence, and finds women played a distinctly female role in the development of a culture of slave resistance – a role that was not just central, but downright dynamic.

From the coffle-line to the Great House, enslaved women found ways of fighting back that beggar belief. Whether responding to the horrendous conditions of plantation life, the sadistic vagaries of their captors or the 'peculiar burdens of their sex', their collective sanity relied on a highly subversive adaptation of the values and cultures they smuggled with them naked from different parts of Africa. By sustaining or adapting remembered cultural practices, they ensured that the lives of chattel slaves retained both meaning and purpose. A Kick in the Belly makes clear that their subtle acts of insubordination and their conscious acts of rebellion came to undermine the very fabric and survival of West Indian slavery.

The Spider: Inside the Criminal Web of Jeffrey Epstein and Ghislaine Maxwell