A Little Devil in America: In Praise of Black Performance 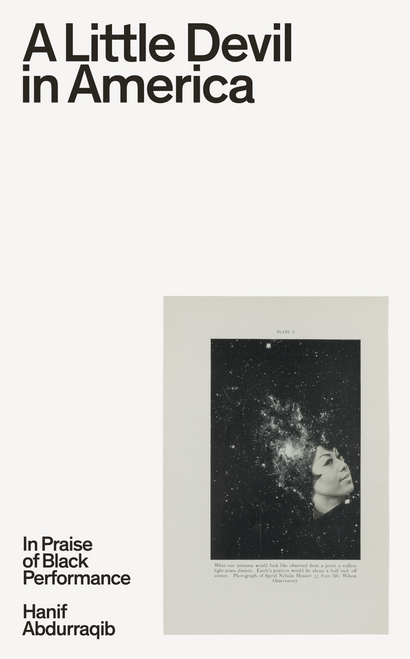 A celebration of Black culture beyond the white gaze, by one of America's most talked-about young cultural critics

At the March on Washington in 1963, Josephine Baker was in a mood to reflect on her life and her legacy. She had spent decades as one of the most successful entertainers the world had ever seen, but, she told the crowd, "I was a devil in other countries, and I was a little devil in America, too". Inspired by these words, celebrated poet and music critic Hanif Abdurraqib has written a profound meditation on Black performance in the modern age, in which culture, history and his own lived experience collide.

In prose that brims with jubilation and pain, A Little Devil in America explores a sequence of iconic and intimate performances which take Abdurraqib from mid-century Paris to the moon-and back down again, to a cramped living room in Columbus, Ohio. Each moment in each performance he examines has layers of resonance in Black and white cultures, the politics of American empire, and his own personal history of love and grief-whether it's the twenty-seven seconds of 'Gimme Shelter' in which Merry Clayton sings, or the magnificent hours of Aretha Franklin's homegoing; Beyoncé's Super Bowl half-time show or a schoolyard fistfight; Dave Chapelle's skits or a game of spades among friends.

Infused with the lyricism and rhythm of the musicians Abdurraqib loves, and richly textured with compassion and humour, A Little Devil in America is a unique exaltation of Black performances, cultures and communities.

Bring on the Empty Horses

The Gravity Inside Us