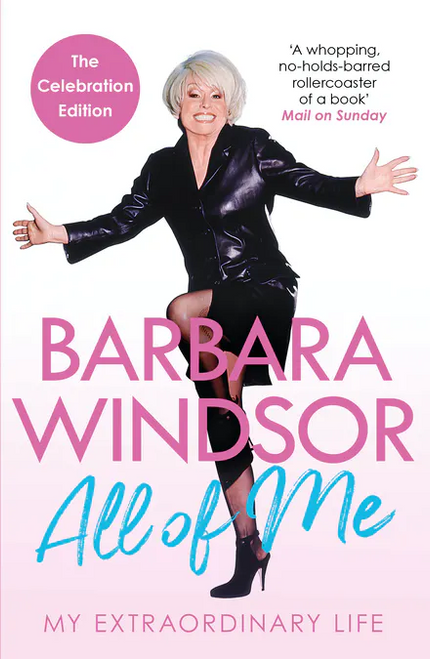 Born in the East End of London just before the war, Barbara Windsor made her first stage appearance at the age of 13. From her early roles as the original Carry On dolly bird to her longest role as Peggy Mitchell in the award-winning BBC drama EastEnders, her spectacular success in theatre, film and TV has made her a British icon - the Cockney kid with a dazzling smile and talent to match.

Here, for the first time, she talks in depth about the people and events that have shaped her career: her lonely childhood, her doomed marriage to Ronnie Knight, her legendary affairs, how she never let her fans down whatever her personal anguish. This is the heart-warming story of a courageous woman and consummate performer who has always made sure the show goes on.

'A whopping, no-holds-barred rollercoaster of a book' Mail on Sunday 'Barbara Windsor emerges from these pages as a personality both strong and sunny.'-Sunday Telegraph

'By living up to its title alone it makes a nonsense of every other showbiz bleat 'n' brag ever put to paper.'-Julie Burchill

'Infinitely more interesting than the sentimental schmaltz we have read about her before.'-Lynn Barber, Daily Telegraph

Bringing in the Sheaves: Wheat and Chaff from My Years as a Priest

Voguing and the House Ballroom Scene of New York 1989-92