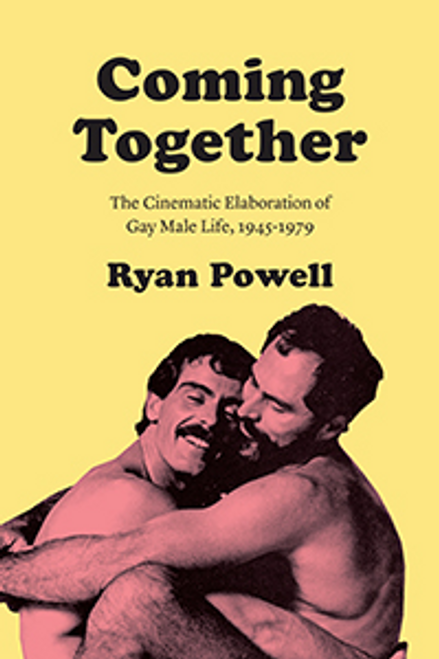 In Coming Together, Ryan Powell captures the social and political vitality of the first wave of movies made by, for, and about male-desiring men in the United States between World War II and the 1980s.

From the underground films of Kenneth Anger and the Gay Girls Riding Club to the gay liberation-era hardcore films and domestic dramas of Joe Gage and James Bidgood, Powell illuminates how central filmmaking and exhibition were to gay socializing and worldmaking. Unearthing scores of films and a trove of film-related ephemera, Coming Together persuasively unsettles popular histories that center Stonewall as a ground zero for gay liberation and visibility.  Powell asks how this generation of movie-making—which defiantly challenged legal and cultural norms around sexuality and gender—provided, and may still provide, meaningful models for living.