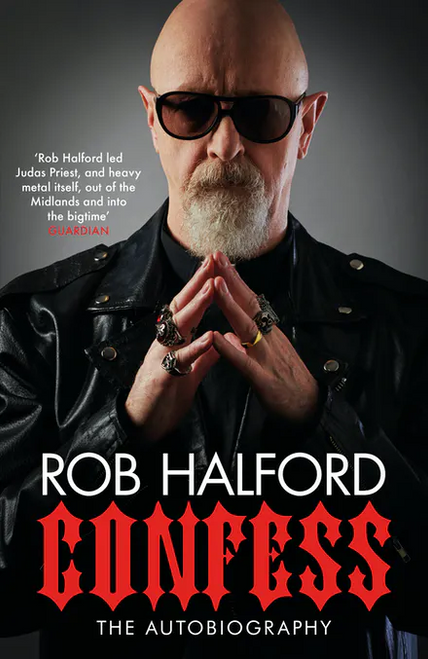 Rob Halford is the legendary frontman of Judas Priest, one of the most successful heavy metal bands of all time.

Known as 'The Metal God' by his devoted, global fan base, Rob Halford has always subverted the norm, and Confess will offer readers a compelling and honest look at the struggles he has faced with addiction and his sexuality as well as exploring his music and his many brushes with controversy.

There have been few vocalists in the history of heavy metal whose singing style has been as influential and instantly recognizable as Halford's. Confess, published to coincide with the 50th anniversary of Judas Priest - and described by Halford himself as 'exciting, fun, disturbing and terrifying' - will celebrate five decades of the guts and glory of rock-n-roll.

"For nearly half a century, Halford has been the voice of Judas Priest, screaming for vengeance against nonbelievers."―Rolling Stone

"Rob Halford led Judas Priest, and heavy metal itself, out of the Midlands and into the bigtime."―The Guardian

"Confess is a must-read for Judas Priest fans as it is written from a place of honesty and passion while done with integrity....a page-turner."―Sonic Perspectives

Out of Time: The Queer Politics of Postcoloniality

Keith Haring (Lives of the Artists)