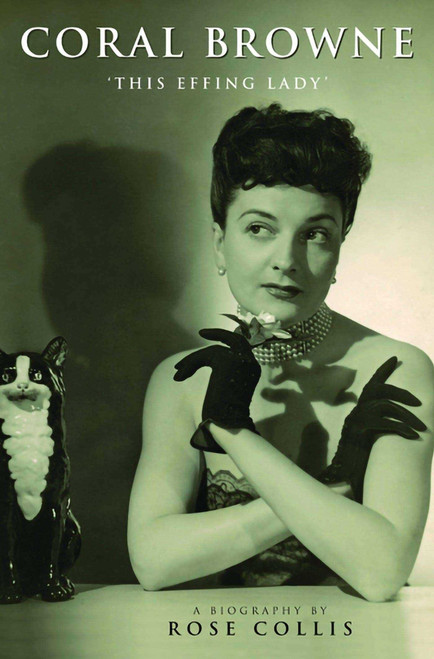 A larger-than-life character that towered over the London stage for half a century, Coral Browne was remarkable for her mesmerising character performances, her glamour, her liberated attitude to sex and the quickness of her often-savage wit. Arriving from 'awful Australia' as a 21-year old she quickly became the talk of wartime London - performing as bombs rained, and V2 rockets crashed around her.

Prodigiously talented and highly unconventional to the age she lived in, she forged a reputation as a brilliant classical actress, though she would later perform in the premiere of Joe Orton's "What the Butler Saw" in her underwear, alongside Ralph Richardson.She is also remembered for a series of iconic performances in films such as "Auntie Mame", "The Killing of sister George", "The Legend of Lyla Claire" and television dramas like "The Ruling Class", Dennis Potter's "Dreamchild", and Alan Bennett's "An Englishman Abroad", in which she played herself.

Almost as famous for her bawdy wit and unashamed appetite for men (and women), her famous lovers included Maurice Chevalier, Cecil Beaton, Paul Robeson, Christopher Cazenove and Michael Hordern, though played confidante to many more, including Alec Guinness, John Schlesinger, Alan Bates, and, remarkably, the traitor Guy Burgess. Later in life, she became 'Mrs Vincent Price', one half of one of the most passionate and remarkable celebrity marriages of all time. "This Effing Lady" is the humane and often hilarious life of a remarkable and truly original star.

A Tip for the Hangman

Growing Up In Country Australia