Edward Thomas: from Adlestrop to Arras 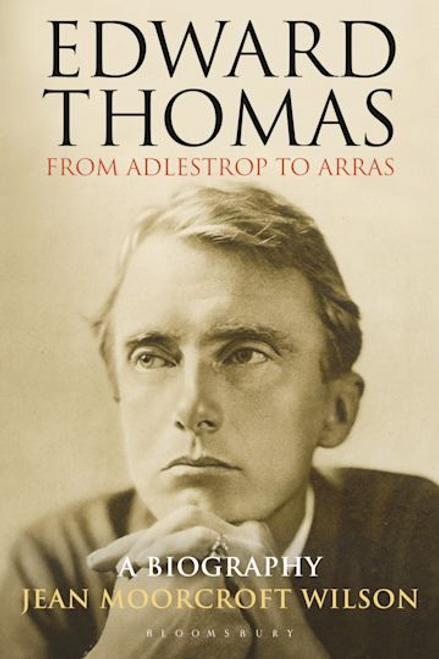 Along with Sassoon and Wilfred Owen, Edward Thomas is by any reckoning a major first world war poet. A war poet is not one who chooses to commemorate or celebrate a war, but one who reacts against having a war thrust upon him. His great friend Robert Frost wrote 'his poetry is so very brave, so unconsciously brave.'

Apart from a most illuminating understanding of his poetry, Dr Wilson shows how Thomas' life alone makes for absorbing reading: his early marriage, his dependence on laudanum, his friendships with Joseph Conrad, Edward Garnett, Rupert Brooke and Hilaire Belloc among others. The novelist Eleanor Farjeon entered into a curious menage a trois with him and his wife. He died in France in 1917, on the first day of the Battle of Arras. This is the stuff of which myths are made and posterity has been quick to oblige. But this has tended to obscure his true worth as a writer, as Dr Wilson argues.

Edward Thomas's poems were not published until some months after his death, but they have never since been out of print. Described by Ted Hughes as 'the father of us all', Thomas's distinctively modern sensibility is probably the one most in tune with our twenty-first century outlook. He occupies a crucial place in the development of twentieth century poetry. This is the extraordinary life of a poetic genius.

The House in the Cerulean Sea

Almost French: A Life of Fanfare and Faux Pas

Lion City: Singapore and the Invention of Modern Asia