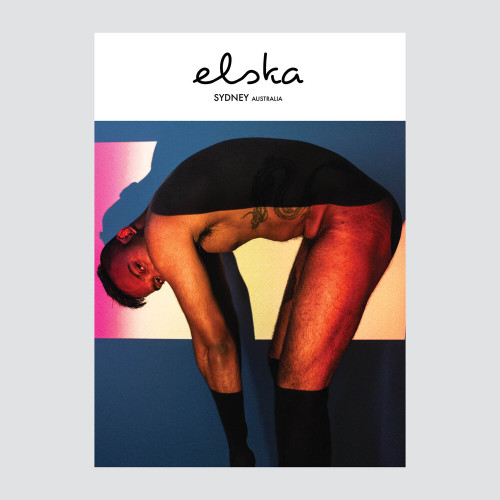 ‘Elska Sydney’ is our thirtieth issue, which also marks five years of the Elska project. For this landmark edition we decided to make our second trip to Australia, following one of our most popular ever editions ‘Elska Perth’. This time we decided to invite our readers to select which Aussie city to choose, and Sydney was the winner (Melbourne came a close second - they're time will come one day).

It's no surprise that we'd eventually spotlight Sydney. As one of the world's ‘big gay capitals’, famous in particular for perhaps the world's biggest pride celebration Mardi Gras, it's also one of the most beautiful settings of any city on the planet. However, our arrival came right at the end of one of the worst ever summers of bushfires, making the sky a strange dirty colour (which is visible in several of the images here), and right at the very beginning of the Covid-19 outbreak. Nevertheless, the enthusiasm of the men we met here could not be quashed, as they were keen to show us their city. Elska is rather known for its honesty, and here is one of the most honest issues of all, with stories that reveal what's great and what could be better about Sydney, and images that show lots of beautiful perfections and not just that Bondi Beach kind of gloss.

Inside ‘Elska Sydney’ you'll meet around a dozen ordinary local lads who we happened to meet on our trip. We photographed them in their homes and in their neighbourhoods, revealing their personalities and their bodies via intimate photography (shot by us) and personal stories (written by each of the men). Some of the Aussie boys you'll get to know here include:

Includes texts in English and Russian (followed by English translations where applicable).