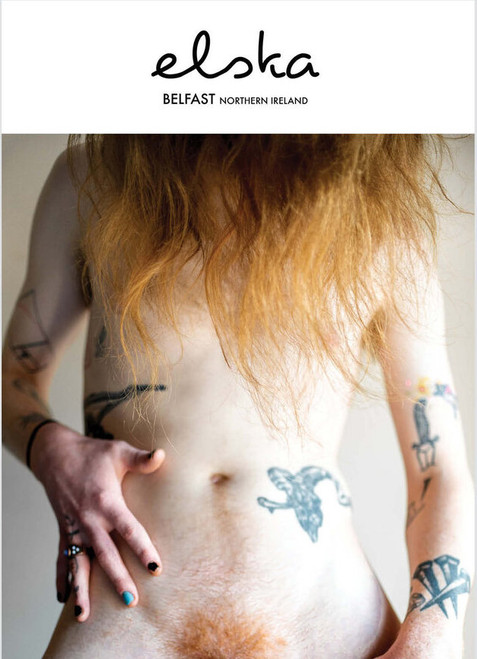 ‘Elska Belfast’ is our thirty-first issue, and our third made in the UK, where this time we opted to visit Northern Ireland's capital, Belfast. This is a fascinating city, but one that is often understood and misunderstood as being dominated by politics, religion, and sectarianism. We wanted to see what life was really like here, particularly gay life, and share our experience in an honest and non-sensationalised way.

In reality, it turned out that some of the stereotypes of Northern Irish life are true, and that certain social and cultural divisions do have an effect on queer lives here. While some of the men wrote of a burgeoning gay scene here and a very sunny outlook, many still complained of conservatism, of backwardness even, often claiming that Northern Ireland is “five", “ten” or even “twenty years behind” the rest of the UK or Ireland. However, while everyone we met proudly assured us that they would not be bound by sectarianism within an already-small LGBTQ community, the often homophobic social and political climate can weigh heavy. The result is that this was one of the most difficult Elska issues yet to find participants, but also that those who did take part were especially defiant, bold, and determined to be an example for others here who may be discreet or closeted.

Inside this issue you'll get to know eleven local Belfast boys. They are presented through personal storytelling and candid photography (both clothed and nude). Some of the men you'll meet include:

Oh, and for all those people who wrote in saying they hoped this issue would be “full of gingers", this cover's for you! The rest of the issue however may not be, because the ginger thing really is just a stereotype!

The Men of Naked Sword Calendar 2022