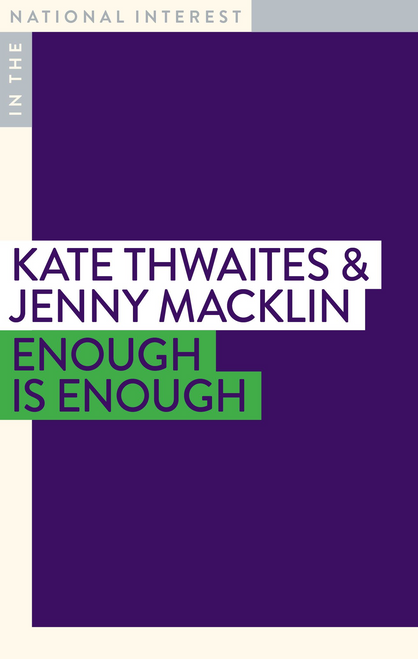 What is it about the culture and structure of Parliament House that has allowed sexual violence and harassment to flourish?

Jenny was a Labor MP for twenty-three years, a Cabinet minister for six years, and now gets to view the parliament through the reflective eyes of someone who is no longer there. I’m in my first term as a Labor MP. So we have a generation between the beginnings of our time in the parliament. When Jenny was first elected in 1996, I was in my final years of high school. In that time, the number of women in the Australian Parliament has increased, but unfortunately, they are still not being heard. And tragically, they are not always safe.

As women, we believe in the power of politics to do good, and as feminists we recognise that politics is about power: getting it, holding onto it, and using it to improve citizens’ lives. Women wielding power in Parliament House, women fighting for equality and an end to discrimination across our country, have made their mark and they have caused change. But the underlying problem of men’s attitudes towards women, of men believing it is their right to assault or harass women, remains. For this to change, men will have to give up some of the harmful ways in which they use power — in the parliament and in our community.

We are calling for actions to have consequences, and for an end to a culture of political impunity. We want to seize this moment to do the unfinished work — to make sure that women are not just in the room, but that they are safe there. We say enough is enough.

Everyone in This Room Will Someday Be Dead

Recipe for a Kinder Life