Freedom: How we Lose It and How we Fight Back 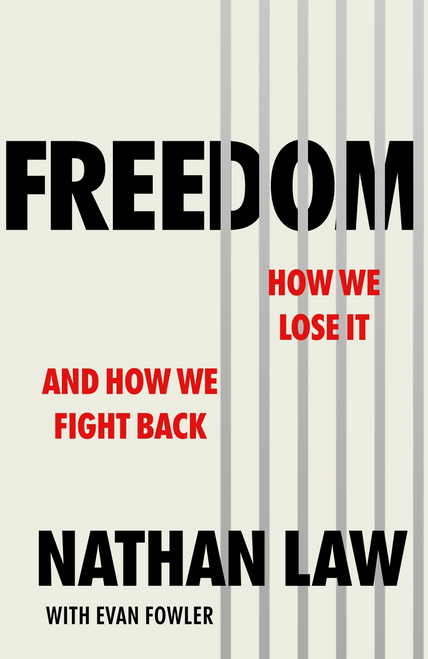 This urgent manifesto from a Nobel Peace Prize nominee argues that until all of us are free, none of us are.

Nobel Peace Prize nominee Nathan Law has experienced first-hand the shocking speed with which our freedom can be taken away from us, as an elected politician arrested simply for speaking his mind.

He remembers what it is like to lack freedom - and his father's precarious three-day escape from China in a small rowing boat.

When authoritarianism makes gains around the world, demanding our silence as the price of doing business, it poses a challenge to democracy everywhere.

In this passionate rallying cry, Law argues that we must defend our freedom now or face losing it for ever.

"Nathan Law's agonising account of China's ruthless takeover of Hong Kong provides a terrible insight into Beijing's ambitions - the world needs to read this before other Pacific entities are swallowed up." - Jon Snow

"In Freedom, Nathan Law paints a deeply personal portrait of sheer courage, as he tells the world of his struggle - and that of the countless Hongkongers who have marched and protested - for the rights and freedoms that were promised to Hong Kong but have been cruelly denied by Beijing. Nathan's story is a poignant and resounding defence of the sanctity of freedom, as both an unalienable political right and a precious moral one that is foundational to human dignity. Particularly as Beijing accelerates its campaign of repression and intimidation against the people of Hong Kong, Freedom is an essential and timely read, warning policymakers, advocates and all people of the erosion to freedom happening before our eyes and equipping us to combat this challenge." - Nancy Pelosi

Books that Made Us: The companion to the ABC TV series

Murakami T: The T-Shirts I Love

Black Boy Out of Time (A Memoir)

What's the T?: The no-nonsense guide to being trans and/or non-binary for teens