How Good is Scott Morrison? 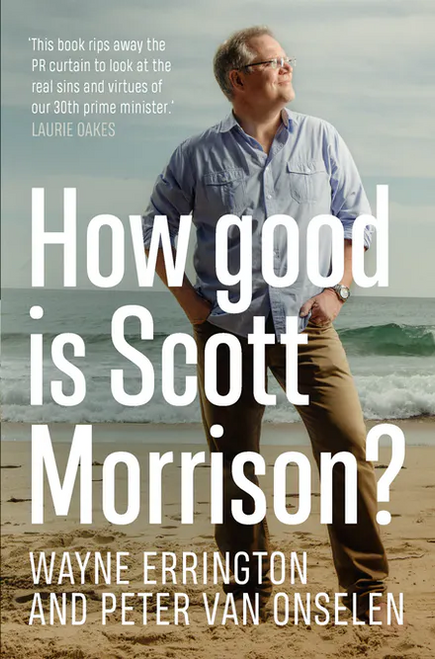 The hour brought forth the man but is the man up to the job? A compelling examination of Morrison's leadership, the decisions he has made and his vision for Australia.

Without fear or favour, How Good is Scott Morrison? examines the trials and tribulations of our 30th prime minister. Investigating Morrison's unlikely rise to the liberal leadership and his miracle electoral win, van Onselen and Errington put his leadership under the spotlight.

Covering Morrison's disastrous management of the catastrophic bushfire season that was highlighted by the extraordinary statement, 'I don't hold the hose, mate,' and the decision to holiday while the country burned, How Good is Scott Morrison? shows his resolve and the redemption the government's response to the pandemic brought him.
Right now, Scott Morrison seems unassailable and sure to win the next election, but what exactly is his vision for Australia? A pragmatist rather than an ideologue, he is a deeply Pentecostal religious man but he doesn't wear his faith as a badge of honour. So what does he really believe in?

When the history of this period is written, Morrison will certainly be seen as an election winner but will he be viewed as having had the courage and vision to change Australia for the better, or the worse?

'This book rips away the PR curtain to look at the real sins and virtues of our 30th prime minister.'- LAURIE OAKES

'Scott Morrison is very good at doing not much and yet winning the politics. Errington and van Onselen have produced a forensic examination of a - so far - flawed leadership.'- BARRIE CASSIDY

Carrie Fisher: A Life on the Edge

How Y'all Doing?: Misadventures and Mischief from a Life Well Lived