Imperial Tragedy: From Constantine's Empire to the Destruction of Roman Italy AD 363-568 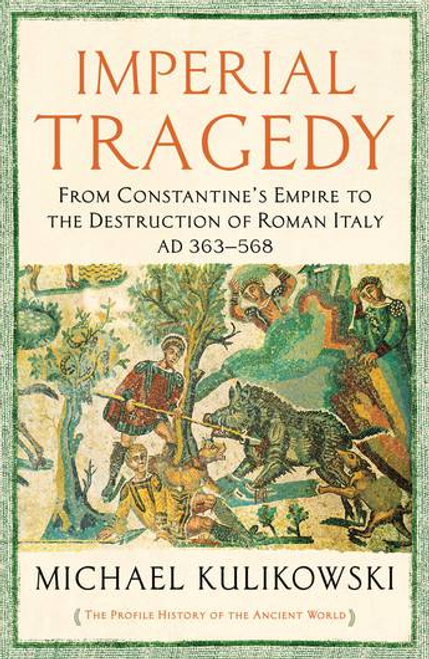 Two hundred years of Roman imperial politics and power brought to life in an action-packed narrative.

For centuries, Rome was one of the world's largest imperial powers, its influence spread across Europe, North Africa, and the Middle-East, its military force successfully fighting off attacks by the Parthians, Germans, Persians and Goths. Then came the definitive split, the Vandal sack of Rome, and the crumbling of the West from Empire into kingdoms first nominally under Imperial rule and then, one by one, beyond it.

Imperial Tragedy tells the story of Rome's gradual collapse. Full of palace intrigue, religious conflicts and military history, as well as details of the shifts in social, religious and political structures, Imperial Tragedy contests the idea that Rome fell due to external invasions. Instead, it focuses on how the choices and conditions of those living within the empire led to its fall. For it was not a single catastrophic moment that broke the Empire but a creeping process; by the time people understood that Rome had fallen, the west of the Empire had long since broken the Imperial yoke.
Author: Michael Kulikowski
Paperback  Published September 2021  432 pages
×

The End of Bias: How We Change Our Minds

A Cultural Biography of the Prostate

About Time: A History of Civilization in Twelve Clocks