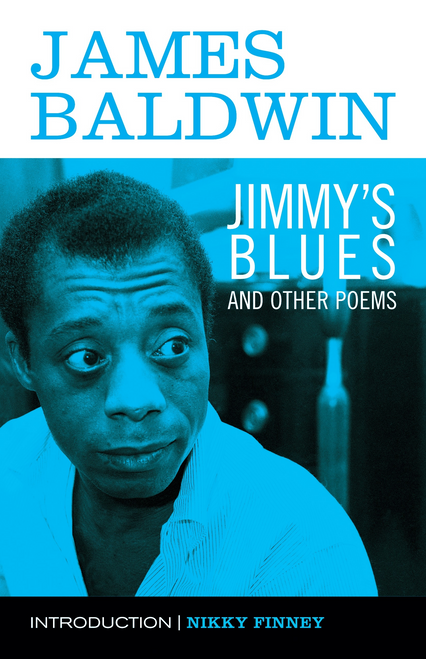 All of the published poetry of James Baldwin, including six significant poems previously only available in a limited editionDuring his lifetime (1924–1987), James Baldwin authored seven novels, as well as several plays and essay collections, which were published to wide-spread praise.

These books, among them Notes of a Native Son, The Fire Next Time, Giovanni’s Room, and Go Tell It on the Mountain,brought him well-deserved acclaim as a public intellectual and admiration as a writer. However, Baldwin’s earliest writing was in poetic form, and Baldwin considered himself a poet throughout his lifetime. Nonetheless, his single book of poetry, Jimmy’s Blues, never achieved the popularity of his novels and nonfiction, and is the one and only book to fall out of print.

This new collection presents James Baldwin the poet, including all nineteen poems from Jimmy’s Blues, as well as all the poems from a limited-edition volume called Gypsy, of which only 325 copies were ever printed and which was in production at the time of his death. Known for his relentless honesty and startlingly prophetic insights on issues of race, gender, class, and poverty, Baldwin is just as enlightening and bold in his poetry as in his famous novels and essays. The poems range from the extended dramatic narratives of “Staggerlee wonders” and “Gypsy” to the lyrical beauty of “Some days,” which has been set to music and interpreted by such acclaimed artists as Audra McDonald. Nikky Finney’s introductory essay reveals the importance, relevance, and rich rewards of these little-known works. Baldwin’s many devotees will find much to celebrate in these pages.

Be the Fittest: Your ultimate 12-week guide to training smart, eating clever and learning to listen to your body