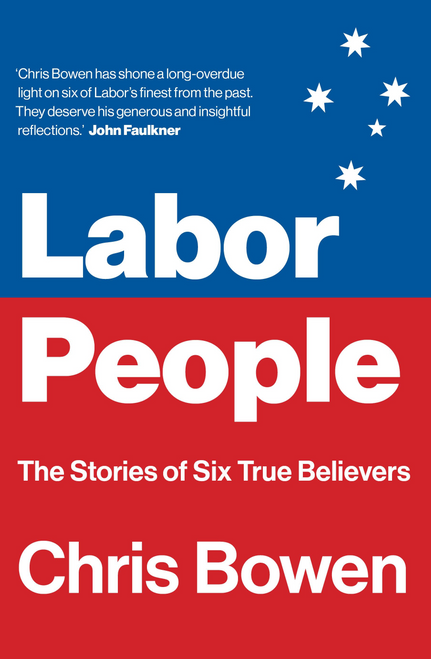 How much do you know about the history of Australia’s oldest political party, the Australian Labor Party? You know the big names: Curtin, Chifley, Whitlam, Hawke and Keating. But what about the names behind the big names? The unsung and overlooked True Believers who have been the backbone of the Labor Party for one hundred and thirty years?

In Labor People, Chris Bowen brings to life six great Australians and servants of their party and tells their story. Spanning the 1890s to the 1970s, in paying tribute to these Labor warriors, he also tells an important part of the history of Labor and Australia.

Who was the first loyal deputy and lynchpin of the earliest Labor governments? Which leading advocate of votes for women went on to play an important but unrecognised role in Australia’s literary history? Who did Labor turn to in its darkest World War One hours when its very existence was under threat? Who did Curtin and Chifley turn to for their hardest jobs? Which Labor loyalist called her own party out on police brutality when it wasn’t fashionable? Which minister was Whitlam’s steadiest performer? The answer to all these questions and more lies in the pages of Labor People.

‘Many have shaped the Labor Party and through it Australia. Chris Bowen has shone a long-overdue light on six of Labor’s finest from the past. They deserve his generous and insightful reflections.’ — Senator John Faulkner

The Silence of the Girls