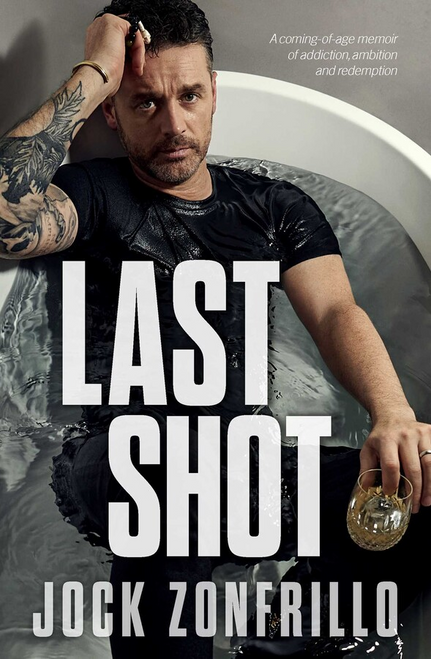 A coming-of-age memoir of addiction, ambition and redemption in the high-stakes world of Michelin star kitchens.

Jock’s life spiralled out of control when he tried heroin for the first time as a teenager while growing up in 1980s Glasgow. For years he balanced a career as a rising star amongst legendary chefs with a crippling drug addiction that took him down many dark paths.

Fired from his job at a Michelin star restaurant in Chester, England, after a foul-mouthed rant, Jock made his way to London looking for work and found himself in front of the legendary Marco Pierre White. He credits White for saving his life, but Jock continued to struggle with addiction in a world of excess, celebrity, and cut-throat ambition.

On New Year’s Eve 1999, Jock shot up his last shot of heroin before boarding a plane to Sydney, where he would find passion and new meaning in life in the most unexpected places. There would be more struggles ahead, including two failed marriages, the closure of his prized restaurant during COVID-19, his time on-country, and some very public battles.

This is his unforgettable story.

"Last Shot is Trainspotting meets Kitchen Confidential. Jock’s ability to not sugarcoat the truth and his brutal honesty about his struggle with his inner demons will resonate with so many people. That coupled with his absolute passion for food, his commitment to highlighting the culture and food of Australia’s First Nations People and his pure love for his family makes this a truly stunning book. I loved it.” – Actress, Rebecca Gibney

"If you get to see yourself in someone else’s book it’s a bit of a gift and it is the mark of a good storyteller. I’m sure as you read this book you will see a bit of yourself too. This is a story of hope. A story of perseverance and resilience. A story of passion and love. A remarkable tale of a remarkable man who took the hard, hard road and made it his own."
– Jimmy Barnes