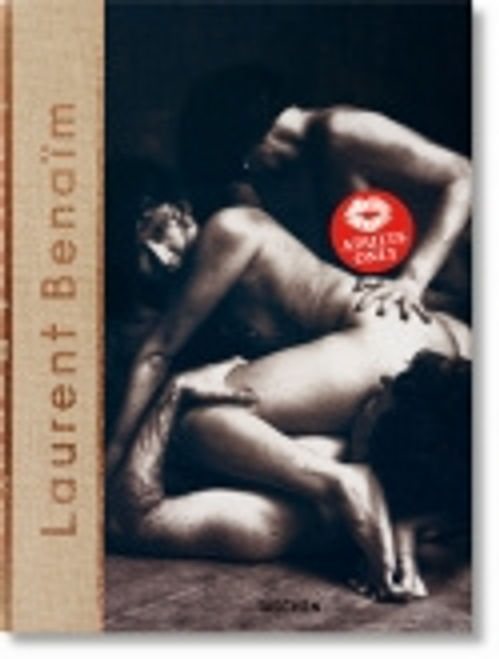 “I’ve always been fascinated by sex, the diversity of practices, the will and perseverance of people to realize their fantasies,” says Paris photographer Laurent Benaïm. “These moments of pleasure captivate me in all their forms: the beautiful, the ugly. I have no criteria for aesthetic selection, only the expression of human desire interests me.”

That said, Monsieur Benaïm seldom photographs simple desire or simple sex acts. His models, he insists, run the show, bringing their uncommon interests to his studio; he acts only as witness and documentarian, offering his creative encouragement and nonjudgmental camera. He shoots only amateurs, people whose lives range from button-down white collar to transient to circus sideshow. They are young and old, straight, gay and transgender, able bodied, ample bodied and oddly bodied. They have been coming to Benaïm’s large commercial studio in the Parisian suburb of Montreuil since 1999, first a trickle, then a flood, as word spread that their quirks and obsessions would not just be embraced, but transformed into art, through a painstaking 19th-century print technique little used in the last 100 years.

Benaïm earned his photographic degree in 1982. He set up shop as a conventional photographer, but at heart was a pictorialist, always searching for ways to defeat photographic realism. In 1991 he saw an antique photo with just the look he sought, and through trial and much error taught himself the gum dichromate process. It’s tedious, smelly, and probably poisonous, but Benaïm has used it exclusively since 1996, giving his startling sex photos the look of oversized French postcards, printed, perhaps, in the damp cellar of a Belle Époque whorehouse. The technique softens the extremity of his subject, leading to gallery shows in Paris, Berlin, Milan, Luxembourg, Zurich and, fittingly, at the Kinsey Institute for sexual research in Bloomington, Indiana.Laurent Benaïm presents 300 of the photographer’s 1,000+ images in what will be among TASCHEN’s most transgressive-and talked about-titles, with an introduction by editor Dian Hanson.

A High Five for Glenn Burke

The Wedding Heard 'Round the World: America's First Gay Marriage