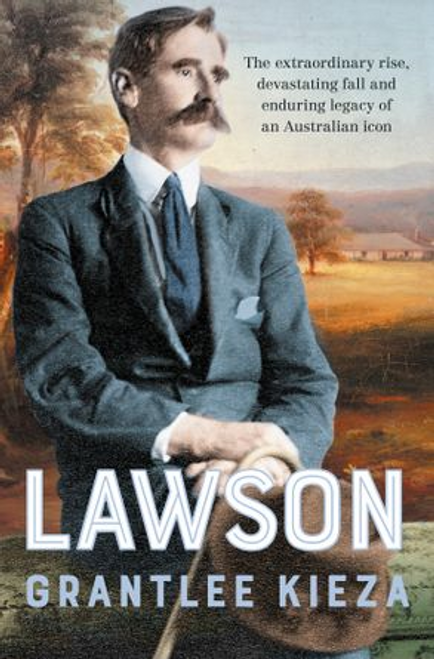 The extraordinary rise, devastating fall and enduring legacy of an Australian icon

Henry Lawson captured the heart and soul of Australia and its people with greater clarity and truth than any writer before him. Born on the goldfields in 1867, he became the voice of ordinary Australians, recording the hopes, dreams and struggles of bush battlers and slum dwellers, of fierce independent women, foreign fathers and larrikin mates.

Lawson wrote from the heart, documenting what he saw from his earliest days as a poor, lonely, handicapped boy with warring parents on a worthless farm, to his years as a literary lion, then as a hopeless addict cadging for drinks on the streets, and eventually as a prison inmate, locked up in a tiny cell beside murderers. A controversial figure today, he was one of the first writers to shine a light on the hardships faced by Australia's hard-toiling wives and mothers, and among the first to portray, with sympathy, the despair of Indigenous Australians at the ever-encroaching European tide. His heroic figures such as The Drover's Wife and the fearless unionists striking out for a better deal helped define Australia's character, and while still a young man, his storytelling drew comparisons on the world stage with Tolstoy, Gorky and Kipling.

But Henry Lawson's own life may have been the most compelling saga of all, a heart-breaking tale of brilliance, lost love, self-destruction and madness. Grantlee Kieza, the author of critically acclaimed bestselling biographies of such important figures as Banjo Paterson, Joseph Banks, Lachlan Macquarie and John Monash, reveals the extraordinary rise, devastating fall and enduring legacy of an Australian icon.

Writing in the Sand

The Brides Of Maracoor (Book #1 Another Day)

Dweller in Shadows: A Life of Ivor Gurney

Russian Roulette: the Life and Times of Graham Greene

Notes from an Island