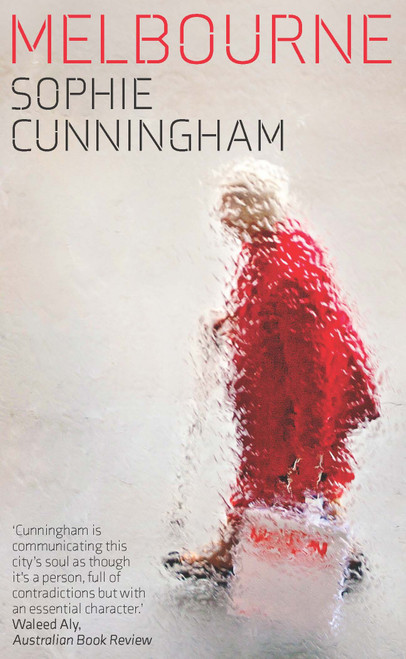 In a new introduction, Cunningham returns to Melbourne after a period away and reflects on how much her city has changed since Melbourne was first published in 2011: it is hotter, greener and has endured the rollercoaster ride – from boom times to economic depression – that defined 2020.

Following on from Hobart by gay author  Peter Timms and Sydney by Delia Falconer, now we have Australian lesbian writer Sophie Cunningham's take on Melbourne. Sophie Cunningham writes a year in the city's life, a year that takes us from the heatwave that culminated on Black Saturday when temperatures soared to 47 degrees to the destructive deluge of a hailstorm. She walks through Melbourne's oldest suburb to its largest market, she goes to the footy and to the comedy festival, she talks publishing and learns how to use a letterpress. Along the way she journeys deep into her own recollections of the city she grew up in, and tells stories from its history: the theft of Picassos Weeping Woman, the Hoddle Street massacre, William Baraks trek from Healesville, the Westgate Bridge Disaster, the high drama of the 1970 and 2009 AFL grand finals and the Market Murders of the sixties. She strolls by Melbourne's rivers and creeks while considering the history of the wetlands and river that sit at Melbourne's heart. She clambers through the drains that lie beneath. For it is water the corralling of it, the excess of it, the squandering of it, the lack of it that defi nes Melbourne's history, its present and its future.

'An admirable response to the impossible task of writing about a city its history, its present, its characters, its stories, its politics and its personal meaning in a single, accessible volume when any one of these themes should take several. Cunningham is communicating this city's soul as though it's a person, full of contradictions but with an essential character.' — Waleed Aly, The Sunday Age

'This beautiful book provokes nostalgia and deeper thinking about the events, places and people who have defined Melbourne.' — Herald Sun

The Smart Girl's Guide to the G-Spot

The Elusive Orgasm : A Woman's Guide to Why She Can't and How She Can Orgasm

Low Down on Going Down

An Ideal for Living