Northside: A Time and A Place 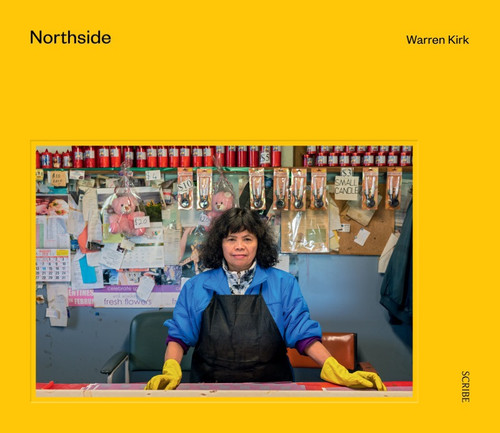 From the photographer behind Westography and Suburbia, with an introduction by Christos Tsiolkas.

From West Brunswick to Reservoir, Fitzroy to Hadfield, Warren Kirk turns his keen eye upon the streets, buildings, and inhabitants of Melbourne’s northern suburbs, which are as iconic as they are rapidly changing. Both a tribute to the things we remember and a reminder to look anew at the world around us, the photos in Northside are a triumph of craft from an artist who invites us to really see.

"When Warren Kirk’s bright-blue hardcover, Suburbia— complete with covershot of a homeowner reclining on their simple porch — arrived on my desk, I was instantly in awe of his ability to distil oft overlooked scenes of our vast city. These vignettes of life in the ‘burbs illicit a distinct sense of nostalgia.’" - The Design Files

"Kirk’s imagery is strikingly evocative, at times achingly nostalgic, and at others unexpected and strange as he moves between ’50s-era kitchens in Ringwood, hair salons in Murrumbeena, elaborate Brunswick backyards and empty grocery stores in Northcote. It’s a beautiful and stoic collection of time-weathered workplaces, cars and faces; a study in forgotten typography; and a chronicle of buildings that gentrification forgot — or just hasn’t discovered yet … The artist finds beauty in seemingly mundane details." - Broadsheet

"Part archivist, part archaeologist, Kirk is motivated by a desire to bring hidden beauty to the fore and, in doing so, stop it from being lost forever."- ABC

In a Queer Time and Place

The Boys of Balls out Bingo : Greatest Hits Calendar 2021