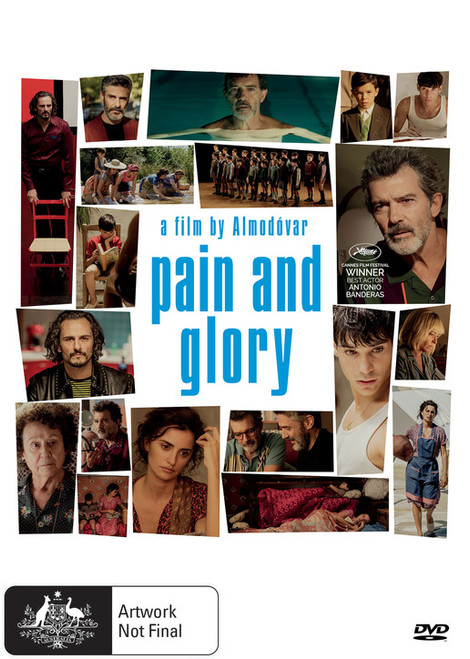 Pedro Almodóvar re-teams with longtime collaborators Antonio Banderas and Penélope Cruz in this wistful meditation on cinema, sexuality, love, addiction, mortality, and the bond between mother and son.

Depressed gay filmmaker Salvador Mallo (Banderas) is unable to work due to chronic pain and poor health. Asked to present one of his earliest films at a career retrospective, he's reunited with its estranged star who he hasn't spoken to in over thirty years.

Forced to reappraise his own work and past, Salvador begins to self-medicate to cope. He immerses himself in memories of his childhood, blossoming desires, and first love, in the hope of rediscovering his passion for life - and to find glory in the present.