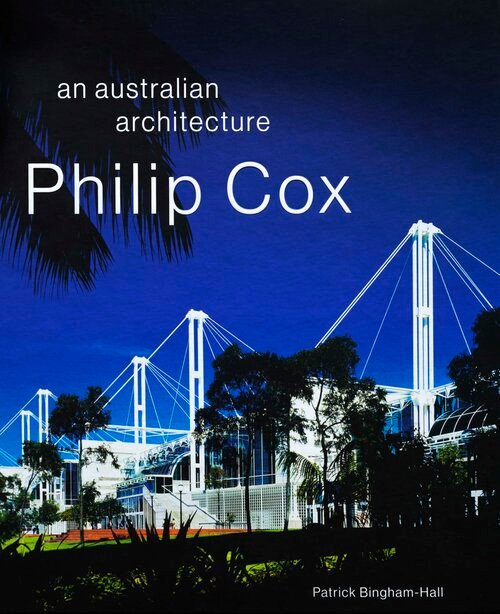 Philip Cox is one of the most significant and influential architects in Australia’s history. This new book forms a comprehensive documentation of his many and varied projects, as well as providing an overview of his life and times.

Cox came to prominence early in his career with several finely crafted and structurally innovative buildings, and his subsequent fusion of architecture with engineering created a highly distinctive form of structural expression. His white steel buildings symbolised Australia’s emerging sense of identity in the 1980s and 1990s, and they had an unprecedented global impact.

Although he is best known for the structural gymnastics of his public buildings, much of Cox’s most notable projects – including social housing and private houses – were underpinned by his historicist and humanist inclinations. The two streams were never far apart: Cox was an expressive romantic with a classicist heart, who was fascinated by structural innovation.

Not just an architect, Cox is also a painter, urban planner, writer, historian and public figure who has long advocated the need for a distinctively Australian cultural identity. All his significant projects are featured, as well as several grand schemes that were never built and many that are relatively obscure.

The book looks back at a period when the nation asserted itself and proclaimed a previously absent identity, and for the first time its architecture was internationally acclaimed as being definitively Australian. Philip Cox was the preeminent architectural figure, and as the author says… “Where Cox got it right, why he was the man for the moment, was his instinctive awareness of what an ‘Australian’ architecture should look like.”

My Sister: How One Sibling's Transition Changed Us Both

The Flying Kangaroo : 100 Years of Qantas

Life's What You Make It

War On Peace: The End Of Diplomacy And The Decline Of American Influence