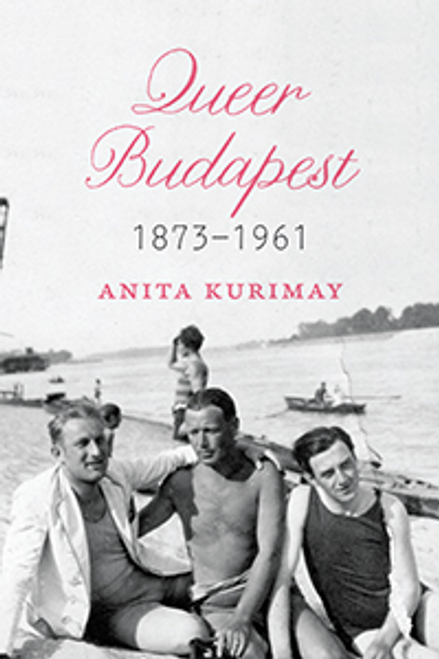 By the dawn of the twentieth century, Budapest was a burgeoning cosmopolitan metropolis. Known at the time as the “Pearl of the Danube,” it boasted some of Europe’s most innovative architectural and cultural achievements, and its growing middle class was committed to advancing the city’s liberal politics and making it an intellectual and commercial crossroads between East and West.

In addition, as historian Anita Kurimay reveals, fin-de-siècle Budapest was also famous for its boisterous public sexual culture, including a robust gay subculture. Queer Budapest is the riveting story of nonnormative sexualities in Hungary as they were understood, experienced, and policed between the birth of the capital as a unified metropolis in 1873 and the decriminalization of male homosexual acts in 1961.

Kurimay explores how and why a series of illiberal Hungarian regimes came to regulate but also tolerate and protect queer life. She also explains how the precarious coexistence between the illiberal state and queer community ended abruptly at the close of World War II. A stunning reappraisal of sexuality’s political implications, Queer Budapest recuperates queer communities as an integral part of Hungary’s—and Europe’s—modern incarnation.

“With its rich readings of cultural, medical, and police records, Queer Budapest makes a major contribution to our understanding of modern queer European history. Kurimay’s vivid exploration of how political regimes of twentieth-century Hungary conceived of the queer in their midst illuminates the tangled relationship between politics and sexuality.”-Dan Healey, University of Oxford
“Filled with riveting subplots—from rural servants’ interpretations of aristocratic lesbianism to the brutal eugenic fantasies of Arrow Cross fascism—Kurimay’s book traces the paradoxical twists and turns in Hungarian authorities’ handling of homosexuality. Queer Budapest felicitously and brilliantly scrambles all our usual assumptions about the relationships between sexual and other kinds of politics.”-Dagmar Herzog, author of Cold War Freud: Psychoanalysis in an Age of Catastrophes
×