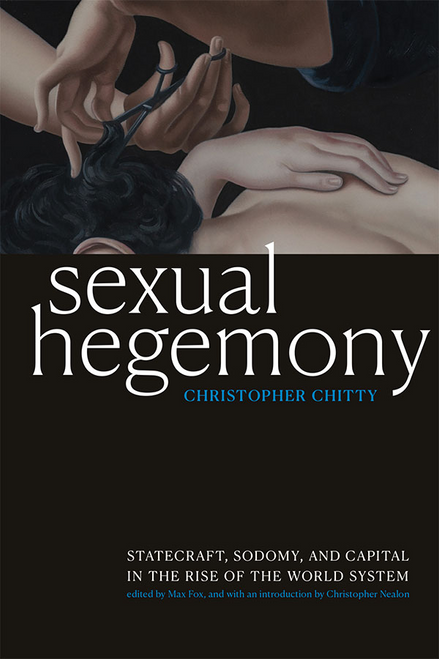 In Sexual Hegemony Christopher Chitty traces the five-hundred year history of capitalist sexual relations by excavating the class dynamics of the bourgeoisie's attempts to regulate homosexuality.

Tracking the politicization of male homosexuality in Renaissance Florence, Amsterdam, Paris, and London between the seventeenth and nineteenth centuries, as well as twentieth-century New York City, Chitty shows how sexuality became a crucial dimension of the accumulation of capital and a technique of bourgeois rule. Whether policing male sodomy during the Medici rule in Florence or accusing the French aristocracy of monstrous sexuality in the wake of the French Revolution, the bourgeoisie weaponized both sexual constraint and sexual freedom in order to produce and control a reliable and regimented labor class and subordinate it to civil society and the state. Only by grasping sexuality as a field of social contention and the site of class conflict, Chitty contends, can we embark on a politics that destroys sexuality as a tool and an effect of power and open a front against the forces that keep us unfree.

“In this theoretically sophisticated and historically rigorous book, Christopher Chitty builds a compelling argument for an approach to the history of sexuality that is embedded in property relations, economic crises, and political institutions. The result is a modernized History of Sexuality that speaks to contemporary concerns with increasing forms of precarity. A work ahead of its time, Sexual Hegemony makes an uncannily prescient and powerful intervention. Its importance and brilliance cannot be overstated.” — Petrus Liu, author of Queer Marxism in Two Chinas

“[Sexual Hegemony] is extraordinary, even singular—and my hope is that it will change the way we think about sexuality and anticapitalist struggle alike.” — Christopher Nealon, from the Introduction

"Both a labor of love and a collaboration across the frontier of death, Sexual Hegemony is one of that desire’s most uniquely affecting expressions." — Josephine Livingstone, The New Republic

F*ck Yourself: Fit Get in shape, get shagging

Sexing the Body: Gender Politics and the Construction of Sexuality (Updated Edition)