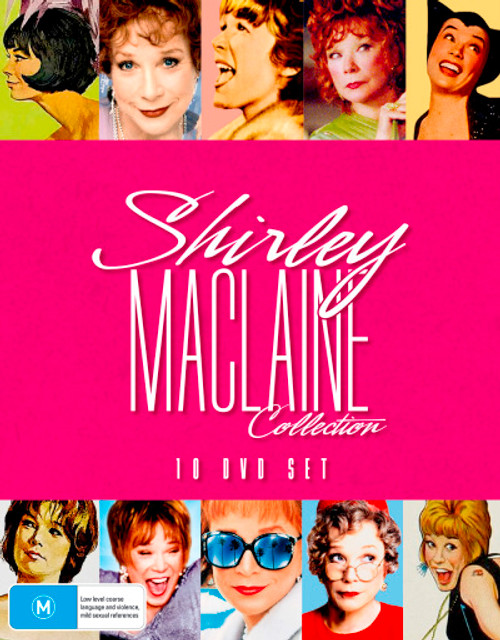 Shirley MacLaine has enjoyed an impressive career in film, television and the theater for more than six decades. MacLaine has won numerous awards including two British Academy Film Awards, 5 Golden Globe Awards, as well as the Golden Globe Cecil B. DeMille Award and the 40th AFI Life Achievement Award from the American Film Institute.

This 10 DVD Collection brings together some of her most loved performances. - All in a Night's Work, Artists and Models, Guarding Tess, Gambit, These Old Broads, Bewitched, Mrs Winterbourne, Two Mules for Sister Sara, Sweet Charity, and Postcards from the Edge.