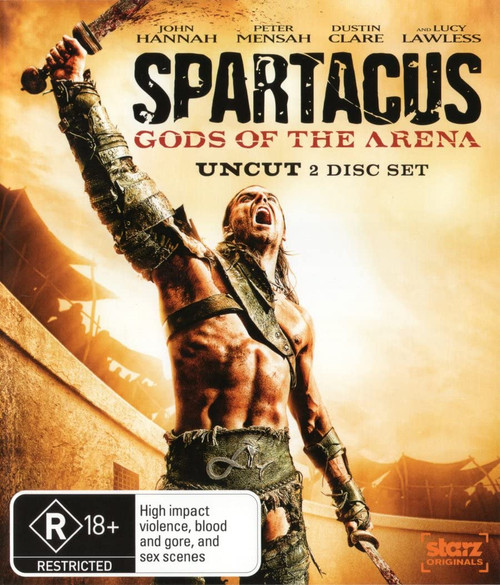 The House of Batiatus is on the rise, basking in the glow of its infamous champion Gannicus (hunky Aussie actor Dustin Clare). Poised to overthrow his father and take control, a young Batiatus (John Hannah) will freely betray anyone to ensure his gladiators are in the highest demand. With his loyal and calculating wife Lucretia (Lucy Lawless) by his side, they will stop at nothing to  scheme and plot their way to the top  in this audacious prequel to Spartacus: Blood and Sand, which is full of the hunks, nudity, sex and scheming which you've come to expect from this series (and lovely lashings of Lucy Lawless in hot lesbian sex!).  This 2 Disc set features all 6 episodes in the series, uncut. Also check out Spartacus: Vengeance and the epic conclusion to this series Spartacus: War of the Damned.

The Men of Falcon 2021 Calendar