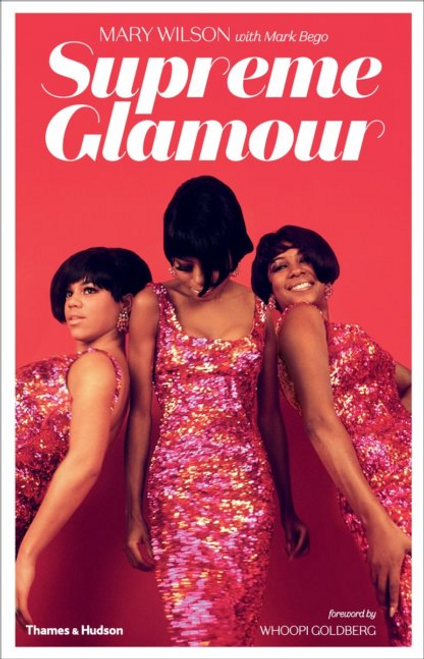 Supreme Glamour builds a complete picture of the charm and sophistication of The Supremes. With the assistance of her close personal friend Mark Bego, founding member Mary Wilson tells the complete story of the band, both on- and off-stage, from their beginnings as The Primettes in June 1959 to their 1964 breakthrough Motown hit, ‘Where Did Our Love Go’, and from the departure of Diana Ross to the group’s comeback in the mid-1970s. Bego’s insightful narrative text is packed with personal ancedotes and reflections from Mary herself, and accompanied by rare archive photography and ephemera, much of which is taken from Mary’s personal collection.

As Motown’s leading 1960s act, The Supremes have always been synonymous with glamorous, elegant co-ordinated costumes. Supreme Glamour complements and extends their inspiring story by interleaving text sections with the cream of Mary Wilson’s unparalleled collection of Supremes outfits, showcasing thirty-five of the most eye-catching ensembles, painstakingly re-assembled and photographed on the Grammy museum stage. Detailed captions accompany each photograph, providing all the key information about the design, the fabric, the embellishments, and the occasion on which each was first worn. Contemporary photos of The Supremes wearing the outfits bring the costumes to life.

James Whale: A New World of Gods and Monsters

The Power of Adrienne Rich

Sometimes You Have to Lie: The Life and Times of Louise Fitzhugh, Renegade Author of Harriet the Spy