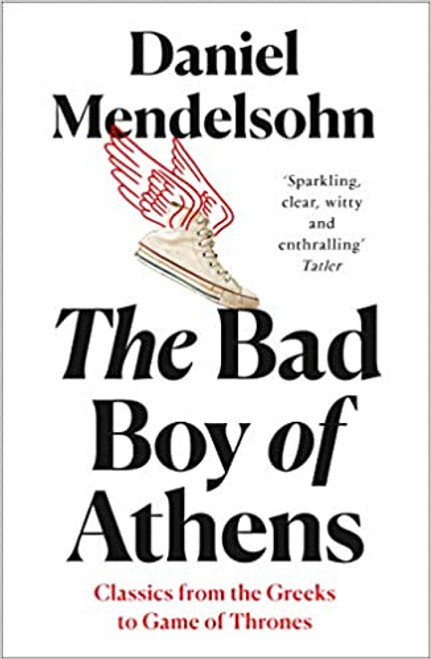 Over the past three decades, Daniel Mendelsohn's essays and reviews have earned him a reputation as ‘our most irresistible literary critic' (New York Times). This striking new collection exemplifies the way in which Mendelsohn – a classicist by training – uses the classics as a lens to think about urgent contemporary debates.

There is much to surprise here. Mendelsohn invokes the automatons featured in Homer's epics to help explain the AI films Ex Machina and Her, and perceives how Ted Hughes sought redemption by translating a play of Euripides (the ‘bad boy of Athens') about a wayward husband whose wife returns from the dead. There are essays on Sappho's sexuality and the feminism of Game of Thrones; on how Virgil's Aeneid prefigures post-World War II history and why we are still obsessed with the Titanic; on Patrick Leigh Fermor's final journey, Karl Ove Knausgaard's autofiction and the plays of Tom Stoppard, Tennessee Williams, and Noël Coward. The collection ends with a poignant account of the author's boyhood correspondence with the historical novelist Mary Renault, which inspired his ambition to become a writer.

In The Bad Boy of Athens, Mendelsohn provokes and dazzles with erudition, emotion and tart wit while his essays dance across eras, cultures and genres. This is a provocative collection which sees today's master of popular criticism using the ancient past to reach into the very heart of modern culture.
Author: Daniel Mendelsohn
Paperback Published 2 July 2020 384 pages
‘Mendelsohn takes the classical costumes off figures like Virgil and Sappho, Homer and Horace … He writes about things so clearly they come to feel like some of the most important things you have ever been told.'- Sebastian Barry
×