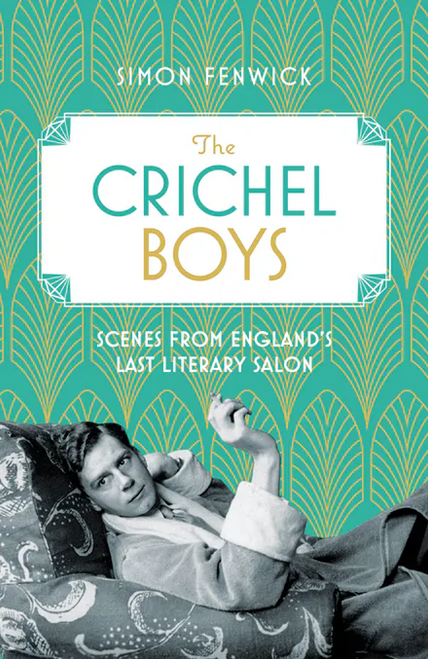 An elegant biography of Long Crichel, a house in a secluded village in rural Dorset which, during the second half of the twentieth century, became a hub of creativity and social activity for its denizens and their guests.

In 1945, Eddy Sackville-West, Desmond Shawe-Taylor and Eardley Knollys - writers for the New Statesman and a National Trust administrator - purchased Long Crichel House, an old rectory with no electricity and an inadequate water supply. In this improbable place, the last English literary salon began.

Quieter and less formal than the famed London literary salons, Long Crichel became an idiosyncratic experiment in communal living. Sackville-West, Shawe-Taylor and Knollys - later joined by the literary critic Raymond Mortimer - became members of one another's surrogate families and their companionship became a stimulus for writing, for them and their guests. Long Crichel's visitors' book reveals a Who's Who of the arts in post-war Britain - Nancy Mitford, Benjamin Britten, Laurie Lee, Cyril Connolly, Somerset Maugham, E.M. Forster, Cecil Beaton, Vita Sackville-West and Harold Nicolson - who were attracted by the good food, generous quantities of drink and excellent conversation. For Frances Partridge and James Lees-Milne, two of the twentieth century's finest diarists, Long Crichel became a second home and their lives became bound up with the house.

Yet there was to be more to the story of the house than what critics variously referred to as a group of 'hyphenated gentlemen-aesthetes' and a 'prose factory'. In later years the house and its inhabitants were to weather the aftershocks of the Crichel Down Affair, the Wolfenden Report and the AIDS crisis. The story of Long Crichel is also part of the development of the National Trust and other conservation movements.

Through the lens of Long Crichel, archivist and writer Simon Fenwick tells a wider story of the great upheaval that took place in the second half of the twentieth century. Intimate and revealing, he brings to life Long Crichel's golden, gossipy years and, in doing so, unveils a missing link in English literary and cultural history.

God Save The Queen: The Strange Persistence of Monarchies