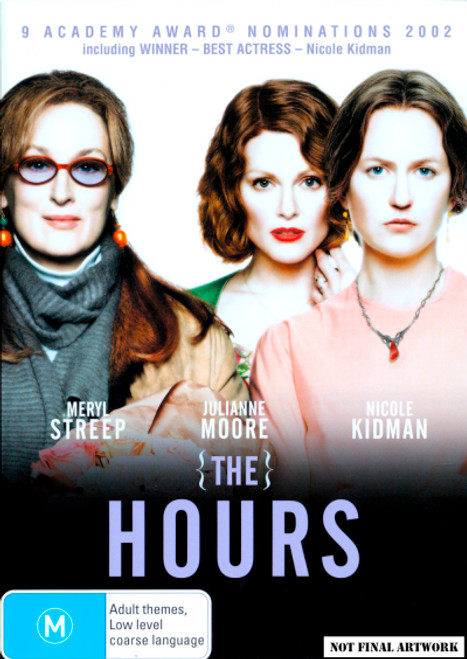 The Hours is a 2002 film directed by Stephen Daldry, with a screenplay by David Hare and based on Michael Cunningham's Pulitzer prize-winning novel of the same title. The plot focuses  on three women of different generations whose lives are interconnected by the 1925 novel Mrs Dalloway by Virginia Woolf.

They are Clarissa Vaughan (Streep), a New Yorker preparing an award party for her AIDS-stricken long-time friend and poet, Richard (Harris) in 2001, Laura Brown (Moore), a pregnant 1950s California housewife in an unhappy marriage with a young son, and Virginia Woolf (Kidman) herself in 1920s England, who is struggling with depression and mental illness while trying to write her novel.