The Other Side of the Coin: The Queen, the Dresser and the Wardrobe [Platinum Edition] 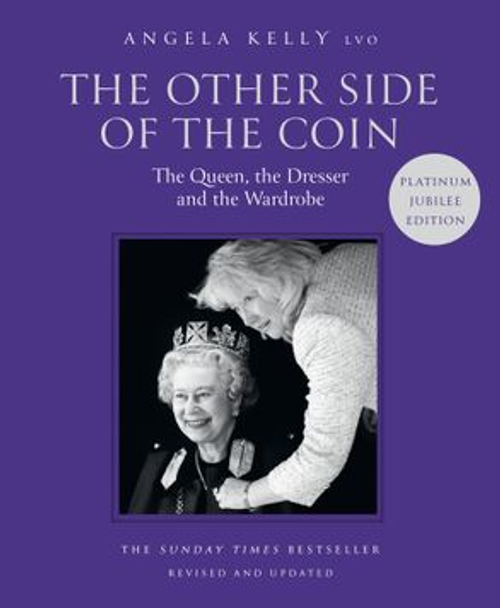 When Angela Kelly and The Queen are together, laughter echoes through the corridors of Buckingham Palace.

Angela has worked with The Queen and walked the corridors of the Royal Household for twenty-eight years, initially as Her Majesty’s Senior Dresser and then latterly as Her Majesty’s Personal Advisor, Curator, Wardrobe and In-house Designer. As the first person in history to hold this title, she shares a uniquely close working relationship with The Queen.

Her Majesty has personally given Angela her blessing to share their extraordinary bond with the world. Whether it’s preparing for a formal occasion or brightening Her Majesty’s day with a playful joke, Angela’s priority is to serve and support. Sharing never-before-seen photographs – many from Angela’s own private collection – and charming anecdotes of their time spent together, this revealing book provides memorable insights into what it’s like to work closely with The Queen, to curate her wardrobe and to discover a true and lasting connection along the way.

This special edition of The Other Side of the Coin has been revised and updated to mark The Queen’s Platinum Jubilee, containing previously unseen chapters covering the Royal Household’s isolation during the pandemic, Angela’s own devotion to service to keep the monarch safe, and the light and laughter that was shared behind closed doors, even in the darkest moments.

'Twas the Night Before Pride

Alice B. McGinty and David Roberts

The Little Guide to Elton John: Wit, Wisdom and Wise Words from the Rocket Man

Family Ever After: Padded Board Book

Budapest: Between East and West

Same Old: Queer Theory, Literature and the Politics of Sameness

Scandals of the Royal Palaces: An Intimate Memoir of Royals Behaving Badly