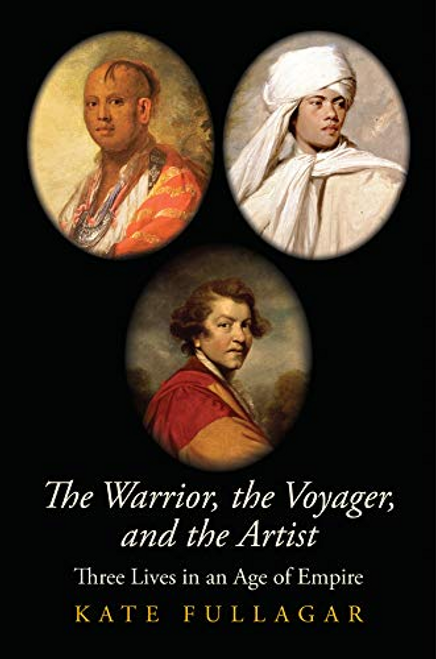 **Winner of the 2020 General History Prize, sponsored by The State Library of New South Wales**

A portrait of empire through the biographies of a Native American, a Pacific Islander, and the British artist who painted them both

Three interconnected eighteenth-century lives offer a fresh account of the British empire and its intrusion into Indigenous societies. This engaging history brings together the stories of Joshua Reynolds and two Indigenous men, the Cherokee Ostenaco and the Ra‘iatean Mai. Fullagar uncovers the life of Ostenaco, tracing his emergence as a warrior, his engagement with colonists through war and peace, and his eventual rejection of imperial politics during the American Revolution. She delves into the story of Mai, examining his confrontation with conquest and displacement, his voyage to London on Cook’s imperial expedition, and his return home with a burning ambition to right past wrongs. Woven throughout is a new history of Reynolds—growing up in Devon near a key port in England, becoming a portraitist of empire, rising to the top of Britain’s art world, and yet remaining ambivalent about his nation’s expansionist trajectory.

“[A] fascinating mix of art history focussing on the development of “universal man” portraiture with the rise of Joshua Reynolds, an exploration of competing political positions on the idea of empire, comparisons of society and the evolving awareness and importance of the individual in eighteenth century English, Polynesian and Native American culture”—Margaret Cassidy, Journal of the Oceanic Art Society

“Spanning three land masses and two oceans, The Warrior, the Voyager, and the Artist exemplifies the very best of the new biography, and is a must read for anyone interested in the cultural history of the British Empire.”— Eliga Gould, author of the Among the Powers of the Earth:  The American Revolution and the Making of a New World Empire

Alexandria: The Quest for the Lost City