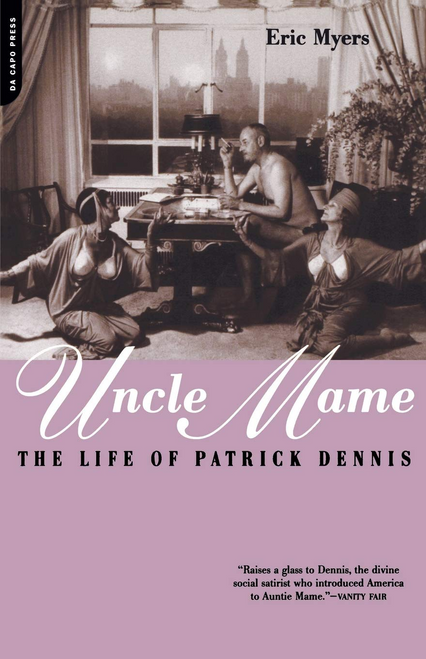 Under his pseudonyms of Patrick Dennis and Virginia Rowans, Edward Everett (Pat) Tanner III was the author of sixteen novels—most of them best sellers—including the now-classic Little Me and Auntie Mame.

Tanner made millions, became the toast of Manhattan society, and had his works adapted into wildly successful plays, musicals, TV shows, and films. But he also spent every cent he made, worked incognito as a butler to the wealthy, and constructed a persona so elaborate that not even his wife and children ever quite knew the real Pat. Based on extensive interviews with coworkers, friends, and relatives, Uncle Mame is a revealing, intimate portrait of the man who brought camp to the American mainstream and even in his lowest moments personified—even in his lowest moments— the glamour and wit he captured on the page.

"The book you have to read."  -Entertainment Weekly

Nothing to Hide: Young Men from Slovakia