VD: The Australian Army's experience of sexually transmitted diseases during the twentieth century 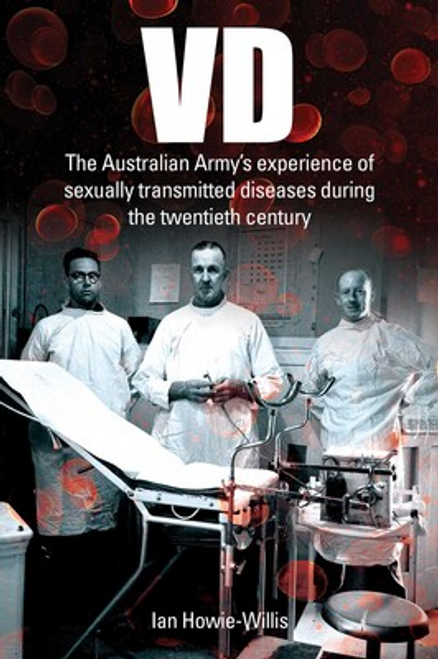 Sexually transmitted diseases, for centuries lumped together as ‘Venereal Disease’, or ‘VD’ for short, have always marched in lock-step with soldiers from all armies wherever they have served.

During the twentieth century at least 125,000 Australian soldiers contracted VD while serving in overseas deployments — the equivalent of six World War I infantry divisions. Until the advent of penicillin in the mid-1940s, the two most common and most devastating sexually transmitted diseases were gonorrhoea and syphilis. During the overseas deployments of the Australian Army during the twentieth century, these two debilitating, disfiguring, embarrassing and potentially lethal diseases put tens of thousands of soldiers out of action for weeks at a time.

Gonorrhoea and syphilis weakened the Australian Army, seriously reducing its operational capability. These two diseases also incurred huge financial costs for Australian citizens, whose taxes went into recruiting and training whole cohorts of new troops to replace those hospitalised by VD and effectively lost to the Army for months on end. In addition, sexually transmitted diseases imposed enormous strain on the Army’s usually over-stretched health services. Essentially preventable and self-inflicted, they diverted resources that could otherwise have been devoted to treating and rehabilitating soldiers wounded in action.

There were social costs as well because the soldiers who contracted VD were the menfolk of Australian women. The soldiers were largely inexperienced young men who were far from home and faced an uncertain future. The women they left behind would have been appalled to know that the soldiers they had lovingly farewelled would spend months in hospital being treated for diseases that were so taboo they could not be discussed around the family dinner table. Equally important, gonorrhoea and syphilis always threatened to spread from the soldiers into the wider Australian population, infecting and blighting the lives of innocent women and unborn children.

In this honest, courageous book, Ian Howie-Willis tells the perplexing story of how two microscopic sexually transmitted organisms, Neisseria gonorrhoeae and Treponema pallidum, the bacteria causing gonorrhoea and syphilis, wreaked enormous havoc among Australian troops in all their wars, from South Africa in 1898–1902 to Vietnam in 1962–1973 and beyond.

No one has previously told this alarming story in its entirety, and few authors could tell it as frankly or objectively as Ian Howie-Willis. As readers will soon realise, Dr Howie-Willis has dealt with this confronting subject candidly but sensitively. His scholarship in this carefully researched book is immaculate, but the book’s great strength is its fairness to and compassion for the tens of thousands of people who succumbed to sexually transmitted diseases as a result of Australia’s military involvements across a century of overseas deployments.

Too Much Lip (Paperback)