William S. Burroughs and the Cult of Rock 'n' Roll 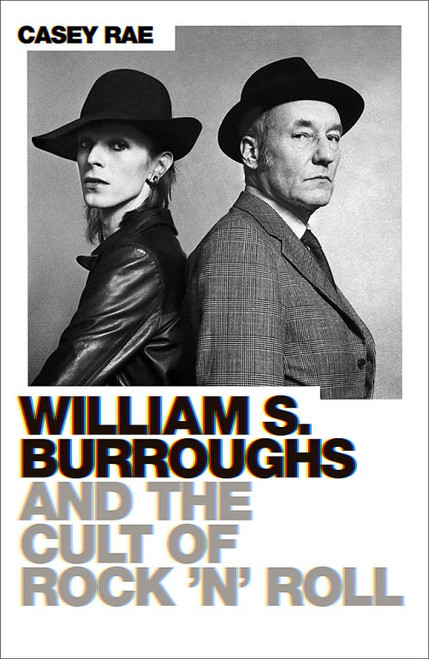 William S. Burroughs's fiction and essays are legendary, but his influence on music's counterculture has been less well documented—until now. Examining how one of America's most controversial literary figures altered the destinies of many notable and varied musicians, William S. Burroughs and the Cult of Rock 'n' Roll reveals the transformations in music history that can be traced to Burroughs.

A heroin addict and a gay man, Burroughs rose to notoriety outside the conventional literary world; his masterpiece, Naked Lunch, was banned on the grounds of obscenity, but its nonlinear structure was just as daring as its content. Casey Rae brings to life Burroughs's parallel rise to fame among daring musicians of the 1960s, '70s, and '80s, when it became a rite of passage to hang out with the author or to experiment with his cut-up techniques for producing revolutionary lyrics (as the Beatles and Radiohead did). Whether they tell of him exploring the occult with David Bowie, providing Lou Reed with gritty depictions of street life, or counseling Patti Smith about coping with fame, the stories of Burroughs's backstage impact will transform the way you see America's cultural revolution—and the way you hear its music.

"There's a brilliant idea behind Casey Rae's William S. Burroughs and the Cult of Rock 'n' Roll, which is that if you simply follow Burroughs through the rock 'n' roll years you'll see him achieve a flickering ubiquity&#8212lurking here, eavesdropping there, photobombing the whole parade. It becomes a kind of alternative history." -New York Times

"Melding personal reflections with scholarly research and interviews with those close to Burroughs, Rae has unearthed a trove of information sure to shake the foundation of even the most die-hard Burroughs junkie or rock fanatic." - Billboard

"[Rae] writes with the passion of a teenager discovering new sounds, and the control and self-assuredness of a seasoned academic…William S. Burroughs and the Cult of Rock 'n' Roll celebrates not only the gifted mind and bizarre life of a writer who changed literature forever with his magic and ideas; it also finally gives him the place he deserves in the pantheon of rock and roll."-NPR

"Rae meticulously details the connections [between Burroughs and arty rockers]…The book is at its best when tracing the lyric and sonic collages of art rock and its offshoots to Burroughs's groundbreaking use of literary cut-ups--the snipping and resassembling of texts to form new texts."-Washington Post

The Book of Night Women