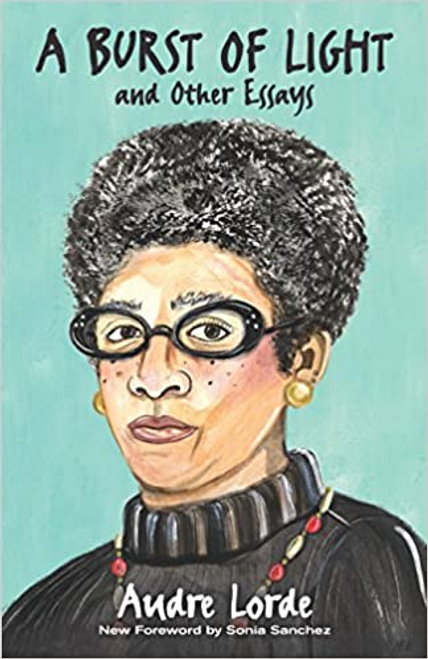 Winner of the 1988 Before Columbus Foundation National Book Award, this path-breaking collection of essays is a clarion call to build communities that nurture our spirit.

Lorde announces the need for a radical politics of intersectionality while struggling to maintain her own faith as she wages a battle against liver cancer. From reflections on her struggle with the disease to thoughts on lesbian sexuality and African-American identity in a straight white man's world, Lorde's voice remains enduringly relevant in today's political landscape.
Those who practice and encourage social justice activism frequently quote her exhortation, "Caring for myself is not self-indulgence, it is self-preservation, and that is an act of political warfare." In addition to the journal entries of "A Burst of Light: Living with Cancer," this edition includes an interview, "Sadomasochism: Not About Condemnation," and three essays, "I Am Your Sister: Black Women Organizing Across Sexualities," "Apartheid U.S.A.," and "Turning the Beat Around: Lesbian Parenting 1986," as well as a new Foreword by Sonia Sanchez.

"You don't read Audre Lorde, you feel her." — Essence

"Lorde's timeless prose in this collection provides contemporary social justice warriors the language, strategies, and lessons around resistance, through the power of intersectionality, a Pan-African vision, and — ultimately — through the power of love and radical self-care." — NBC News

Talkin’ Up to the White Woman: Indigenous Women and Feminism (20th anniversary edition)

A Is For Activist

A Gay Guy's Guide to Life Love Food: Outrageously delicious recipes (plus stories and dating advice) from a food-obsessed gay