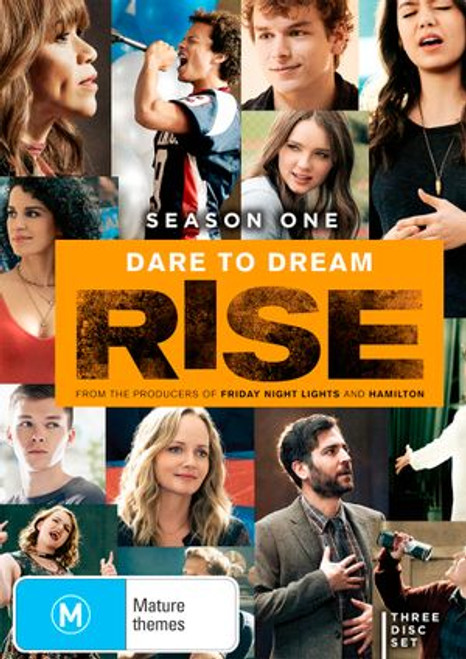 Rise is a heartening new drama about finding inspiration in unexpected places. When dedicated teacher and family man Lou Mazzuchelli (Josh Radnor) sheds his own self-doubt and takes over the school's lackluster theater department, he galvanizes not only the faculty and students, but the entire working-class town. Inspired by a true story.

"The young cast is good to terrific, and “Rise” is better the closer it gets to the kids’ stories. Lilette (Auli’i Cravalho) waitresses alongside her mother to pay the household bills. Simon (Ted Sutherland) is wrestling with his sexual identity, which becomes doubly fraught when Lou casts him as a character with a male love interest, outraging Simon’s conservative Catholic family. Ellie Desautels is remarkable as Michael, a transgender boy with a knockout voice." The New York Times

Raw: Prep, Pedagogy, and the Politics of Barebacking