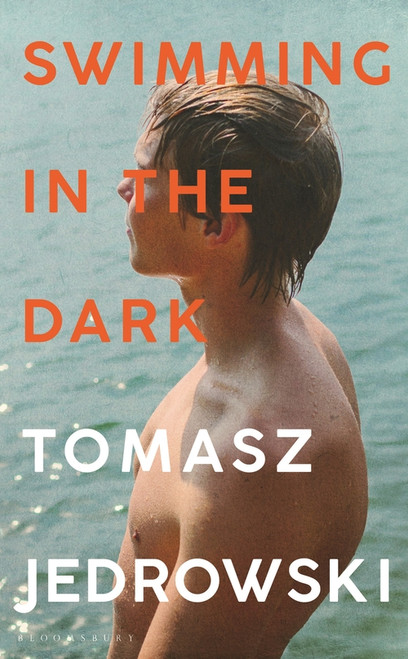 You were right when you said that people can't always give us what we want from them.

Poland, 1980. Anxious, disillusioned Ludwik Glowacki, soon to graduate university, has been sent along with the rest of his class to an agricultural camp. Here he meets Janusz - and together, they spend a dreamlike summer swimming in secluded lakes, reading forbidden books - and falling in love.

But with summer over, the two are sent back to Warsaw, and to the harsh realities of life under the Party. Exiled from paradise, Ludwik and Janusz must decide how they will survive; and in their different choices, find themselves torn apart.

Swimming in the Dark is an unforgettable debut about youth, love, and loss - and the sacrifices we make to live lives with meaning.

"First love is a common subject for gay fiction, but what makes this debut novel so distinctive and fascinating is its setting: early 1980s communist Poland. But as well as the unfamiliar setting there is the added tension of the two young men having quite different political sensibilities. Ludwik is set to graduate university and is obliged to attend a work education camp over the summer. The work is hard - picking beets - but it is there that he encounters Janusz and the first sight of him is a revelation - ‘your presence already overpowered me, like a prophecy I was unable to read’. The two eventually meet at the river where Janusz likes to swim and a friendship develops, though Ludwik is very tentative and uncertain. When the camp finally ends, Janusz invites Ludwig to join him on a camping trip but it is clear to both that this invitation signifies much more. They end up at a secluded lake in the middle of the forest and it is here they become lovers . But when they return to the city, it is impossible to maintain their idyll. Janusz has secured a position in the Office of Press Control which Ludwig disapproves of. Relations are also complicated by Hania, the daughter of a prominent government official, who has a crush on Janusz. But this is a connection that gives him access to a different lifestyle and also the likelihood of advancement. The conditions in Warsaw worsen - the price of meat increases by 60% overnight and Ludwig learns that it is impossible for an ordinary citizen to get treatment or medication. Meanwhile, a protest movement against the regime begins to ferment which Ludwig supports, though Janusz urges him to accept the status quo. The novel builds to a superbly constructed climax and Ludwig is faced with some impossible choices. Especially ingenious is a minor moment from early in the novel which returns to haunt Ludwig and potentially ruin him. This highly accomplished debut is even more impressive when you consider that the author was born in West Germany to Polish parents and is not writing in his native tongue."

Marvellous, precise, poignant writing; the reader is happy to be overwhelmed. The highest talent at work” –  SEBASTIAN BARRY,

“A young Polish author who writes rather miraculously in English, of which he has magisterial and frankly, Conradian command” –  Guardian, Books of the Year

“Captivating both for its shimmering surfaces and its terrifying under-deep. I began reading, and soon realized I wouldn't be doing anything else that day. I needed to see these boys, these lovers, through to the end. Tomasz Jedrowski is a remarkable writer, alive to the ramifications of history and politics, in which the violence of a corrupt state can never fully stamp out the flourishing of beauty, grace and resistance” –  JUSTIN TORRES, bestselling author of We the Animals,

“A lyrical exploration of the conflict between gay love and political conformity. Jedrowski is an authentic new international star” –  EDMUND WHITE,

Swimming in the Monsoon Sea

A Line in the Dark