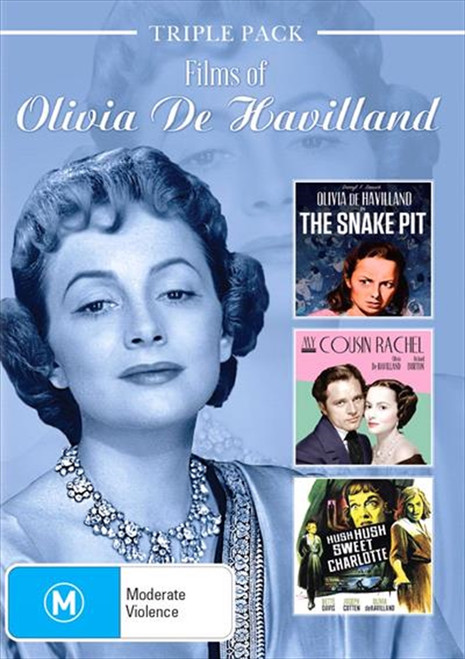 The Snake Pit: A detailed chronicle of a woman during her stay in a mental institution.

Hush Hush Sweet Charlotte: This is the tale of a wealthy southern spinster Charlotte Hollis (Bette Davis) who lives with her eccentric maid (Agnes Moorehead) in a decaying southern mansion, shunned by the townsfolk after the mysterious axe-murder of her late lover. When her jealous cousin (Olivia de Havilland) and her cousin's wily husband (Joseph Cotton) arrive for a visit, the two conspire to drive Charlotte insane and have her committed so the two can sell off her estate and pocket the proceeds.

My Cousin Rachel: A young man plots revenge against the woman he believes murdered his cousin, but his plans are shaken when he comes face to face with the enigmatic beauty.